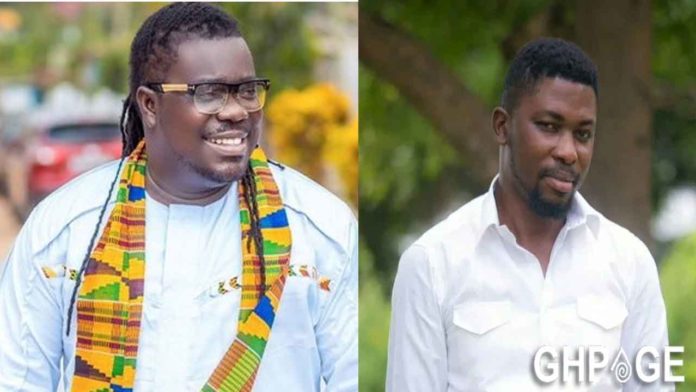 According to A-Plus, Obour is the worst MUSIGA President he has ever seen due to his abysmal performance during his 8 years reign.

A-Plus stated that he felt Obour could change the face of the union since he was the youngest person to be elected but he failed as the President.

The controversial hiplife artiste also indicated that the Musicians Union of Ghana (MUSIGA) is dead and it’s high time the youth rise up to work towards it.

“MUSIGA is dead and it’s high time we come together to build it again. Old people used to be at the helm of affairs at MUSIGA until the union was given to Obour.

He’s the youngest person to have led MUSIGA, and, so far, Obour is the worst MUSIGA President I have ever seen”, Kwame A-Plus opined.

Obour originally known as Bice Osei Kuffour was elected as the President of the Musicians Union of Ghana on 8th August 2011.

He served two terms as the President of the union and currently Bessa Simons has been elected as the acting President until elections are held.