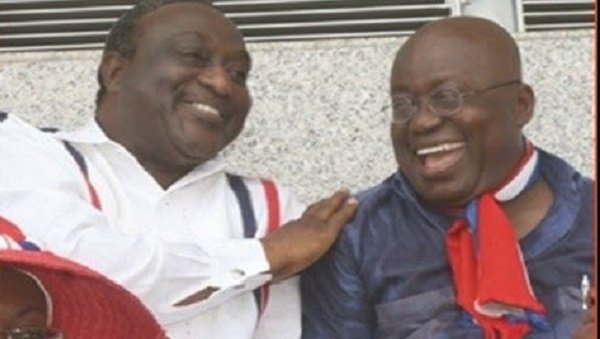 The president of the Republic Nana Akufo-Addo has cleared the Minister of Trade and Industry, Alan Kyerematen in the “cash for a presidential seat scandal”.

According to the president, information circulating the matter does not show any wrongdoing on the part of any government official.

READ ALSO: J.A Kufuor explains why he can’t be friends with J.J Rawlings

“The facts, as reported to the president, do not unveil any wrongdoing on the part of the Minister or any government official,” Information Minister, Mustapha Hamid said in a statement Thursday.

“Trades Ministry has extorted $100,000 from an expatriate businessman in order to give them seats near President Akufo-Addo at the Ghana Expatriates Business Awards (GEBA)”, the minority claimed.

READ ALSO: Mahama mocks Stephen Atubiga as he names him as his favorite Presidential candidate

The presidency has, however, denied any knowledge of the matter and queried the Minister, Alan Kyerematen to explain.

Since the matter became public Mr. Kyerematen has maintained that government was only a facilitator for the event and that the presidency was not connected to it.

Meanwhile, information revealed later was that, though some monies were taken, they were not at the command of the presidency but as a fundraising mechanism of the organizers of other events, Millennium Excellence Foundation (MEF).

YOU MIGHT READ: Mahama gives a hint to lead the NDC in 2020