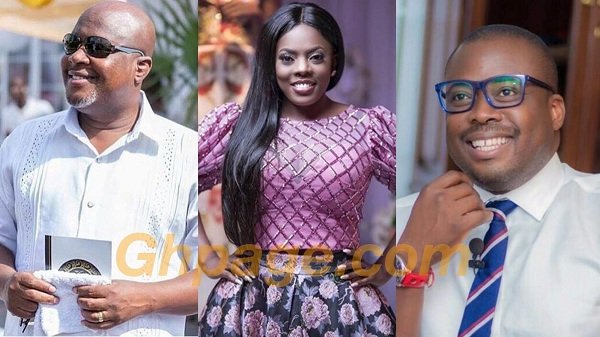 The fourth arm of Government is the media and over the years several journalists have distinguished themselves as noble, incorruptible and have garnered a lot of experience as media personnel.

Although the journalism profession is not as worthy as it should be in Ghana, some journalist stands out due to their level of professionalism, dedication, experience, and passion for the profession.

Ultimately, these journalists are well paid for their service and as such, are counted among the richest journalists in Ghana.

Ghpage.com presents you with the 11 richest and highly paid journalists in Ghana based on a reliable information gathered by the research team of Ghpage.com. Check Them Out Below

SEE ALSO: Meet The 5 Beautiful Daughters Of The Richest Families In Ghana [Photos]

The 2017 Journalist of the year, Kwame Sefa Kayi, the Veteran Ghanaian journalist is one of the richest journalists in Ghana. The Peace FM presenter has been in the media space for the past 2 decades and he keeps soaring higher.

He is the distinguished host of “Kokrooko’ on Peace FM where it is believed despite his salary, he has a share in every advertisement deal that comes to the Kookroko Show.

Besides his normal journalism practice, he is a brand ambassador for some major brands in Ghana including MTN, GOIL etc. By all indications, Kwame Sefa Kayi is an accomplished journalist in Ghana and beyond.

The founder and Editor-In-Chief of the New Crusading Guide newspaper, Abdul Malik Kweku Baako Jnr is one of the richest journalists we have in the country presently.

The senior journalist Kwaku Baako, started the New Crusading Guide Newspaper in 1998. He has been a media personnel for the past 3 decades.

Besides being the Editor-In-Chief of the New Crusading Guide newspaper, Kwaku Baako is equally a political analyst and one of the highly valued political talk shows pundit in Ghana.

The Chief of Editor of EIB Network’s GHOne Television, Nana Aba Anamoah is the only female journalist who has been consistent on Television for the past decade. Nana Aba Anamoah was with TV3 until he quit after she was hanged out to dry by the station when she was accused of photoshopping.

She joined EIB Network’s GHOne Television couple of years ago and has almost singled handed made the station the best TV station in Ghana. She has been seen hosting Current Affairs Talk shows, Political Talk shows, sports, She presents news and hosts a whole lot of other programs. She is simply versatile.

SEE ALSO: 11 Unseen photos of Nana Aba Anamoah that prove she is the most pretty TV presenter in Ghana