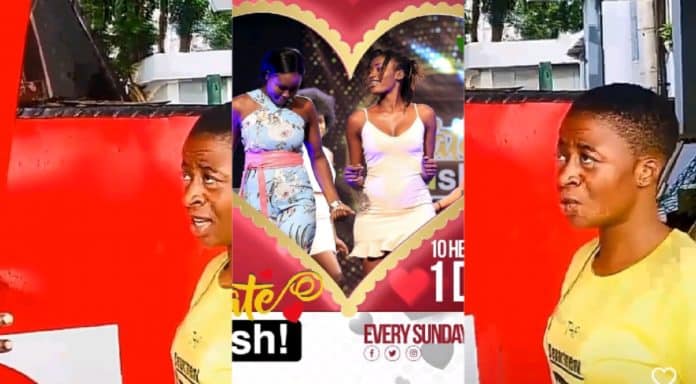 A 13-years old girl has become an overnight internet sensation after she got rejected at the audition of this year’s TV3 Date Rush.

The teenager has spoken for the very first time after her controversial dismissal which has received mixed reactions from Ghanaians.

According to the girl who claims to be just 13 years, she was rejected for being too young to partake in the TV reality show which is purposely meant for adults.

The distressed girl also expressed her disappointment in the organizers of the show for denying her the opportunity to search for her soulmate on the program with the claim that she also has feelings just like adults.

Speaking with GH Koose who interviewed her right after she was sacked from the premises of the audition, she revealed that she has dated four guys in the past and further went on to say that

“When I got there I was not given the forms to fill because they said I’m too small and so I can’t be part of the show. I also asked them whether my being small takes away my feelings or not.

“Being small doesn’t take away my feelings.”

Meanwhile, social media users who have chanced upon this video have opined that the girl is lying about her age.

According to a majority of them, she is more than 13 because she even has wrinkles on her face.

Watch the video below and tell us your thoughts in the comments section.