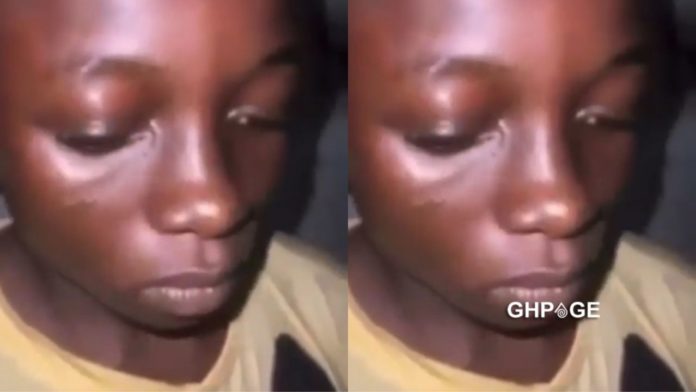 A shocking and worrying video which has emerged on social media captures the moment a 15-year-old Nigerian boy was caught red-handed at the shrine trying to use his own best friend for money rituals.

In the viral video that has since gone rife on the internet, the native doctor can be heard asking the boy if he wanted to use his friend for money rituals to which he replied in the affirmative YES.

The native doctor also asked the boy what kind of car he wanted to drive, to which the boy responded GLK, a Mercedes Benz.

The native doctor also asked the boy if he was willing to do the beheading himself to which the 15-year-old boy said yes.

The other boy who was begging for his life said he is the only son of his parents as he begged for his life to be spared. He said his friend asked him to accompany him on an errand and he never expected this to happen.

It looks like the would-be killer friend was set up by a man who was posing as a native doctor.

Kindly watch the video below to know more…

The parents of this generation have really failed God and humanity. How on Earth will a 15-year-old boy think about money rituals if not for bad parenting.