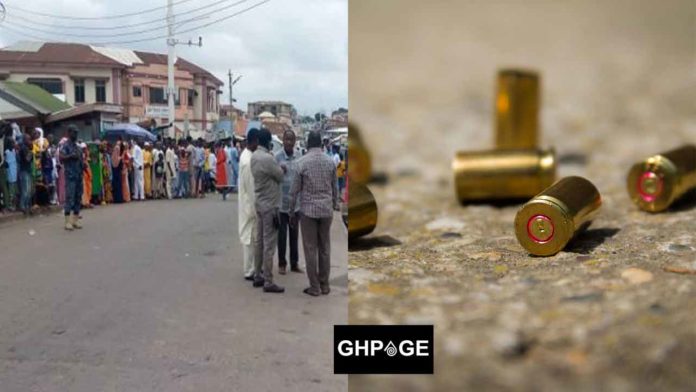 A 16-year-old boy has been confirmed dead at Aboabo Number Two in the Asokore Mampong Municipality of the Ashanti Region after he was hit by a stray bullet.

The young boy identified as Abdul-Gaffar Kassim was reported dead after he was rushed to the Manhyia Government Hospital.

According to eyewitnesses, Addul-Gaffar was hit by a stray bullet after a group of gun-wielding youth were seen firing warning shots as part of the Eid-ul-Adha celebrations.

The unfortunate incident happened shortly after the Eid prayers was held and currently, one other person also sustained gunshot injuries.

The Uncle of the deceased identified as Sulemana Umar confirmed the sad incident and expressed how shattered the family is over the death of their son.

“We just saw the dead body when we came to the hospital. We do not want our dead body to waste time in the mortuary”, Sulemana explained.

Meanwhile, the police have launched a manhunt for the suspects who are currently on the run.

Investigations into the incident have also commenced and the police have increased their presence at the scene.