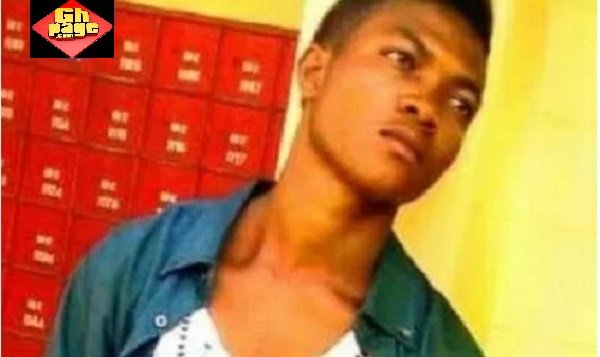 Mary Derry, an 18-year-old student in her second-year at the Methodist Senior High School in Sekondi in the Western Region, has allegedly stabbed her 19-year-old boyfriend, Emmanuel Asante to death.

READ ALSO: Tailor Sentenced to Death by Hanging in Tamale

Reports gathered by Ghpage.com suggest that the deceased, Emmanuel Asante, a second-year student who is offering building and construction course at the Takoradi Technical Institute, had a quarrel with his teenage girlfriend on Saturday night, November 18, at Fijai, a suburb of Sekondi-Takoradi around 8:30 pm.

It is however not clear what course the disagreement between the teenage lovebirds but the girlfriend allegedly pulled a kitchen knife and stabbed him in the heat.

The deceased was pronounced dead shortly after their arrival at the Effia Nkwanta Regional Hospital in Sekondi.

In an interview with the deceased father, Osei Kojo on Citi News’, he told Western Regional Correspondent, Obrempong Yaw Ampofo, that he had been acting oppositionally to their romantic relationship because he believed the two were too young and needed to focus on their education.

READ ALSO: 9 out of 10 mad persons in Ashaiman are former workers of Ports and Harbours

Mr. Osei Kojo continued to add that when the news reached him that his first son had been stabbed, he could not believe it, because to the best of his knowledge, he had called off the relationship between the two.

Though, he admitted that some community members had already informed him that the two were secretly continuing their affair.

According to the correspondent, Obrempong Yaw Ampofo, Monica Derry, the suspect, is currently in the custody of the Takoradi central police command.

You Might Like To Read Photos: Ghanaian Man Buried In A Beer Bottle Shaped Coffin In Ashanti Region