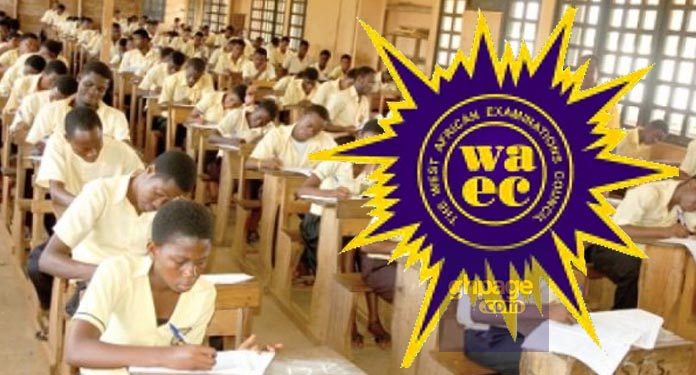 According to WAEC in a statement released on their website, they are withholding the entire results of some 26,434 candidates believed to be involved in examination malpractices detected during and after the conduct of the examination.

The withheld results of candidates will be cancelled if found culpable, or released if otherwise,” according to WAEC, which said the released results have been sent to candidates’ schools or can be accessed via its website.

However, Core Mathematics recorded 38.33 percentage performance as against the 2017 performance of 42.73 per cent.

The English Language similarly suffered a drop, recording only 46.79 per cent over the 2017 performance of 54.06 per cent.

Below is a full statement released by WAEC

Meanwhile, the Council has hosted the results online and candidates who so desire, may access their results at the Council’s website.

The Council is alerting members of the public especially candidates to be wary of impostors, who promise to change examination results for a fee. Candidates are to note that all WAEC results are well secured and can be authenticated. Persons with forged results will be exposed.

The performance of the candidates in regard to the four core subjects are as follows:

The entire results of 26,434 candidates have been withheld pending the conclusion of investigations into various cases of examination malpractice detected during and after the conduct of the examination.

The withheld results of candidates will be cancelled if found culpable, or released if otherwise.

The Council wishes to express its deepest appreciation to all stakeholders especially the Ministry of Education, Ghana Education Service, Supervisors, Invigilators, the Ghana Police Service, Examiners and all who in various ways helped in the successful conduct of the examination and the timeous release of results.