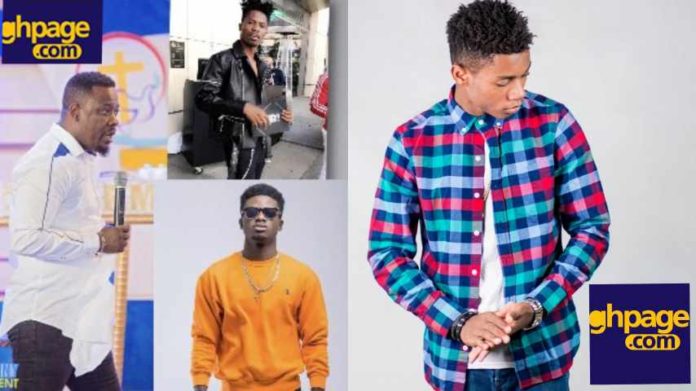 Prophet Nigel is on record to have predicted some major happenings in Ghana over the past year.

The Founder and leader of the True Fire Prophetic Word Ministry (TFPWM), Prophet Nigel Gaisie, who prophesied the death of Ebony Reigns, has stated that he has seen things about our 3 young musicians, Kidi, Kuami Eugene and Kwesi Arthur.

According to the man of God, 2019 would be a very difficult year for Kuami Eugene, Kidi and Kwesi Arthur.

Read Also :Evangelist Addai exposes his own wife and other women (video)

Prophet Nigel Gaisie, who has been prophesying on upcoming events on every New Year’s Eve. And as usual, he came out with this much anticipated prophecy as expected during his ‘crossover’ service yesterday.

He stated that he does not even know them but that was the message God wanted him to deliver to them, so they can go and see any Prophet of God they trust for special prayers to avert the prophecy.

SEE MORE :Stonebwoy and wife, celebrate their daughter in a lavish birthday party