A 25 Year Old Footballer Dies While Playing Football In Kumasi 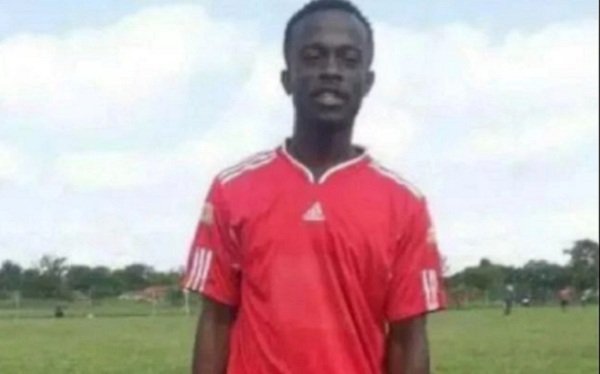 A 25-year old footballer known to be Akwasi Poku met his untimely death on a football pitch during a match being played in Kumasi, Ashanti Region.

According to reports emerging from Kumasi, it is purported that the footballer was hit in the throat by an opponent but he rose to his feet, shook off the injury and continued playing.

Akwasi Poku popularly known in the locality as Akwasi Artem fell onto the pitch unconsciously minutes after the injury.

It’s said by a medical practitioner Dr. Kwesi Opoku who was on the pitch at the time of the incident performed Cardiopulmonary on Akwasi Poku and managed to rescue him.

Akwasi Poku was one of the players representing his community known as CPC which is a suburb of Kumasi against Tafo, another suburb in Kumasi at the Konadu Yiadom Park in Ashtown when the unfortunate incident occurred.

After the incident, the footballer was conveyed to the Manhyia Hospital to receive further treatment. Akwasi Poku was reported to have been up on his feet for over an hour only to collapse again leading to his untimely demise.

However, a postmortem is yet to be conducted to find out what really took the like of the young footballer, Dr. Kwesi Opoku revealed that a lot of blood was sucked out of the chest of the deceased.