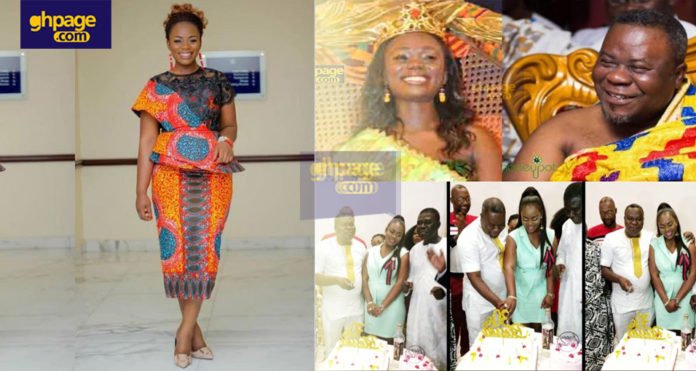 Ghpage.com reported to you earlier this week that the General Manager of Angel TV, GMB Akua has announced the end of her marital journey with the famous millionaire.

Read Also: Obinim was a yogurt seller when I became a pastor- Apostle Kennedy

According to a post which was shared on her official Instagram page only to be deleted in an hour later, she claimed she had learned her lessons and she thinks it’s time for her to walk away.

Though the post was deleted in an hour later, it was already in the pockets of social media residents.

She has since refused to confirm or deny her own post amidst all the divorce stories that are circulating online.

Now, in a new post on her Instagram page, the fourth wife of the Chief Executive Officer (CEO) of the Angel Group of Companies seems to be comforting herself now with some smart words.

She revealed in her post that it is only the courage to continue that counts but gaining success or failing never end the road in human life.

Her post reads, “Success is not final; failure is not fatal: It is the courage to continue that counts.”

The 2011 GMB winner in her recent interview when ask of her reason for marrying her husband stated that love was the major factor that founded her marriage.

She further added that Dr. Oteng is one humble human being that any individual would want to hang out with so it was easy for her to say yes when he proposed marriage.

The mother of two boys also ridiculed the rumors that her pregnancy initiated their marriage, revealing that she gave birth before marrying the Millionaire so there was no iota of truth in the rumor that her spouse was pushed to marry her due to the pregnancy.