5 cases of monkeypox confirmed in Ghana 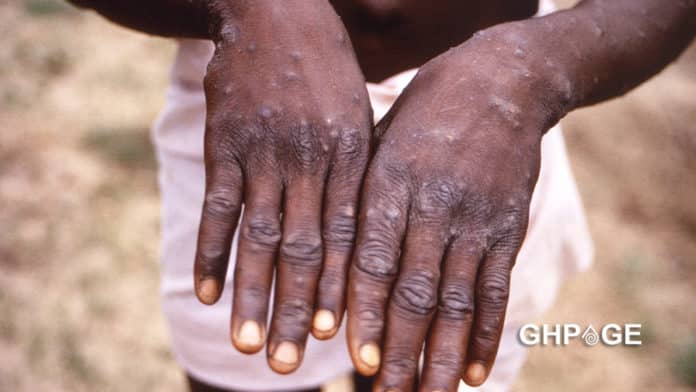 The Ghana Health Service (GHS) has disclosed that five cases of monkeypox have been confirmed in the Eastern, Western and Greater Accra regions.

One of the cases was recorded in a Ghanaian who travelled to the United States of America from Ghana.

According to the Director-General of the Service, Dr Patrick Kuma-Aboagye, the cases were identified through the testing of 12 suspected cases, including one case that was reported from the Western Region.

“I am sure of late we have had a lot of discussions on social media on monkeypox, and I think the most popular one was the one from the Western Region. That was negative; we tested and it was negative.

“So far, since the outbreak, we’ve tested 12 suspected cases in Ghana since May 24, 2022. Currently, we have confirmed five cases in three regions – Eastern, Western and Greater Accra. No deaths have occurred among the cases,” he revealed at press briefing on Wednesday.

Dr Kuma-Aboagye stated that although there are vaccines available for the treatment of the disease.

“I don’t think we have reached a stage where we have to call for vaccination of the cases.”

“So, prevention is the key activity that we all must embark on and also early detection and reporting if we see any rash,” he added.