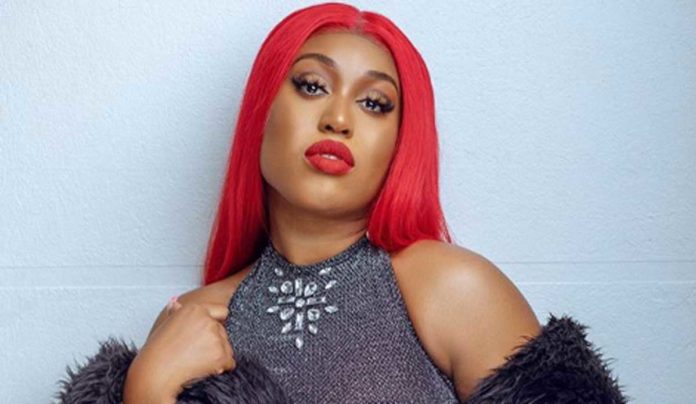 She released a song dubbed ‘So What’ under her new record label which is currently a massive hit.

Fantana is a new artist in the music industry, Ghanapage brings you five facts you probably didn’t know about her;

Fantana is originally known as Francine Nyanko Koffi who is a Nzema from the Western Region but was born and raised in Atlanta, Georgia, United States of America.

The ‘So What’ hitmaker had her entire education in the United States of America since she was born there.

Fantana studied Business and Fashion in school and currently owns a boutique.

The musician revealed that her stage name Fantana was suggested by her boss, Bullet of Ruff & Smooth Fame.

She stated that she felt it was a nice stage name and decided to use it and added that most of her friends used to call her Fanta.

Fantana explained that she was introduced to Bullet by label mate Wendy Shay whom she befriended on social media.

She added that she played some of her demos to the ‘Uber Driver’ hitmaker who felt she had the talent and linked her to Bullet.

According to her, Bullet contacted her after Wendy Shay convinced him and now she is signed unto RuffTown Records.

Fantana recently revealed in an interview that she has known popular dancehall musician Shatta Wale since she was very young.

She added that Shatta Wale is a close family friend and has always been in contact with him since she started coming to Ghana in 2013.