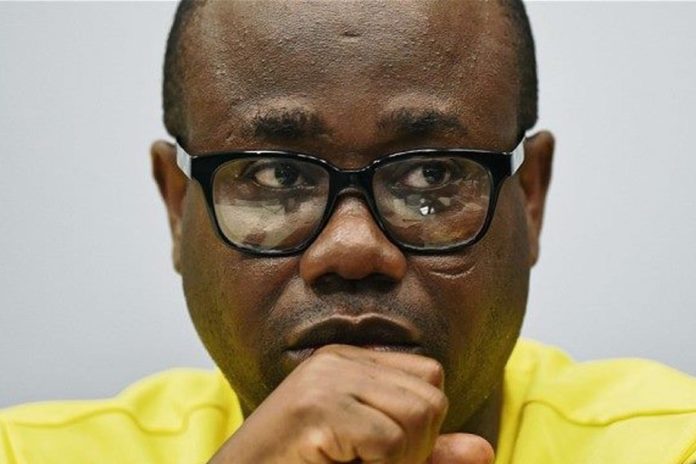 We reported earlier that the first gentleman of the land resident Nana Akufo-Addo has ordered for the immediate arrest of the President of the Ghana Football Association (GFA), Kwesi Nyantakyi.

In this post, we bring you all the information gathered so far about development.

Kwesi Nyantakyi who himself is not in the country currently. As a member of CAF’s Executive Committee, he is in Cairo attending meetings concerning CAF’s representation at the upcoming 2018 FIFA World Cup in Russia.

However, reports we have gathered indicates that Nyantakyi has decided to cut his stay in Cairo short and return to Ghana today to face the police.

Kwesi Nyantakyi is alleged to have defrauded under false pretence:

According to Joy News’ Gary Al-Smith, who claims to have watched the video, Kwesi Nyantakyi is seen in the video claiming that he has the presidency in his pocket. Other reports also suggest that Nyantakyi actually asked for a bribe of $8 million dollars from some investors using the name of President Akufo-Addo.

The GFA has not given any official response o the matter:

Officials of the GFA, including Communications Director, Ibrahim Saani Daara, have refused to comment on the development. Neither has Nyantakyi officially responded to the situation.

What next in store for Kwesi Nyantakyi?

In such cases of corruption take a long time to be determined and Kwesi Nyantakyi being a lawyer himself may have some tricks up his sleeves. But if he is indeed found guilty, not only will his reputation be soiled but he may get to spend a long time in jail. Defrauding under false pretence is a second-degree felony which has a 25-year sentence.

SEE MORE: Kwesi Nyantakyi Could Be Sentenced To 25 Years In Prison If Found Guilty