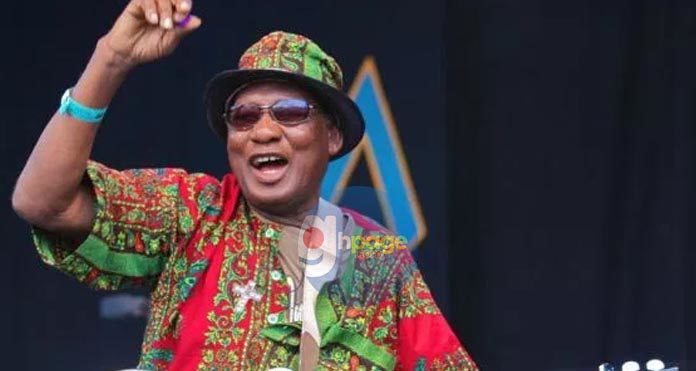 Ghpage.com reported yesterday that the Highlife Legend, C.K Mann is dead. He passed on yesterday, 20th March 2018 at the GPHA Hospital in Takoradi. He was 83 years old.

READ THIS: Dancehall artiste, Shatta Wale has responded to claims by Stonebwoy that he is lyrically better than him.

We bring to you the five things amazing things you need to know about the Highlife Legend.

1. C. K. Mann was born in Cape Coast but raised in Takoradi

Known by birth name as Charles Kofi Amankwaa Mann, C. K. Mann was born in 1936 in Cape Coast in the Central Region of Ghana but was raised and lived most of his life at Anaji, a suburb of Takoradi.

READ ALSO: Mercy Johnson, Fella Makafui, Kofi Adjorlolo in “Once Upon A Family” Movie premiers on 2nd April at the National Theater

Did you know that C.K. Mann was once a seaman? Yes! He worked briefly as a seaman before joining Moses Kweku Oppong’s Kakaiku band. It was he who impressed on the band’s owner, Anis Mubarak, to sign the late Paapa Yankson to the group.

3. He was a guitarist and record producer

READ THIS TOO: “Shut Up before we reveal your DIRTY SECRETS” – Owusu Bempah warns Obinim

He was a master guitarist and a producer. He came to prominence in 1969 when he released his single “Edina Benya”.

He played production roles in great Highlife songs such as ‘Adwoa Yankey,’ ‘Mber Papa,’ ‘Medo Wo,’ ‘Araba Lucy,’ ‘Wode a Ne Me,’ among others.

4. He won several awards and honours

READ MORE: Top 5 Reasons Why You Can Never Break Up With An Ewe Lady— Number 4 Will Shock You

He has received so many awards and honours for his great work and immense contributions to Ghana music industry.

In 2006, former President John Agyekum Kufuor awarded him the Grand Medal of Ghana during the 2006 National Honours and Awards Ceremony in recognition of his contribution to Ghanaian music.

5. He has been named after a street

The street on which his house is located at Anaji has been renamed C. K. Mann Avenue.