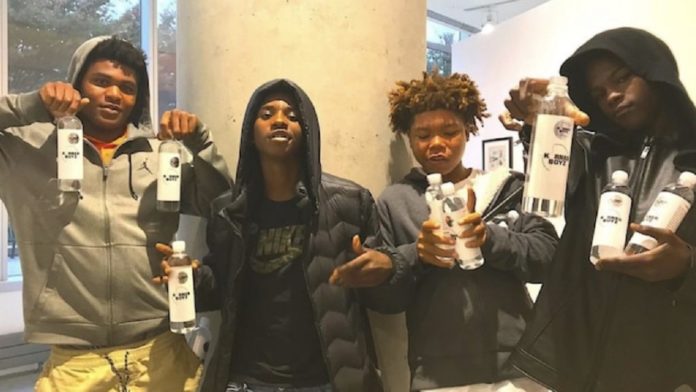 Five young boys have gone against all odds to create their own bottled water company after cleaning windshields for years.

The young boys identified as Leroy, Keyon, Deauntae, Taetae, and Khalil in a bid to make ends meet started washing the windscreens of motorists.

The teenage boys obviously not making money from cleaning windshields until they met a good samaritan.

On their usual routine, the five boys met Crosby Singleton who decided to help them make good money to take care of themselves.

According to Crosby Singleton, he invited the boys to brainstorm on business ideas they want to venture in.

After brainstorming, the boys decided to form a bottled water company under the company name Korner Boyz Entreprises.

“The boys have an amazing mantra which says freedom to hustle even as some of the boys are thinking of ways to recycle the bottles they use for the bottled water. What we said was, ‘We respect your hustle, we just want to show you some other options, how you can make money more efficiently”, Crosby Singleton indicated.

These teenage boys are currently proud owners of a bottled water company.