8 persons die in yet another tragic accident on Kintampo road 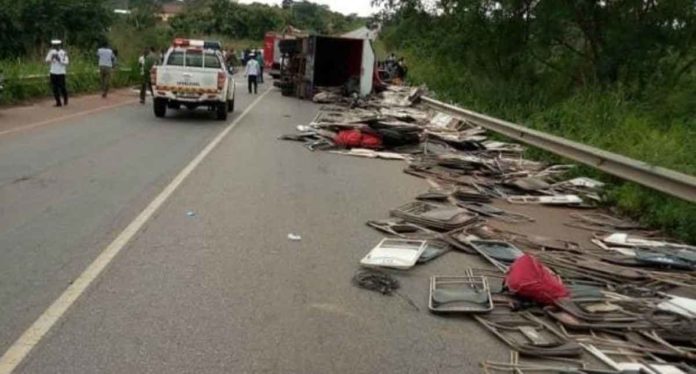 Ghpage.com can confirm that there has been yet another ghastly accident on the Techiman-Kintampo highway at Tuobodom in the Bono East region which has resulted in eight people losing their lives.

“When he got to Tuobodom, the driver lost control of the vehicle and just on the verge of falling, a taxi cab coming from the opposite direction driven by Kwame Mensah, 26, with four other people on board crashed into it.

“The impact was so great such that the cargo truck turned around to face the opposite direction,”

Six persons died at the scene whilst two others were transported to a hospital by officers of the Ghana National Fire Service. They however  died two hours after being admitted at the hospital. Making the total number of deceased persons 8; two females and six males.