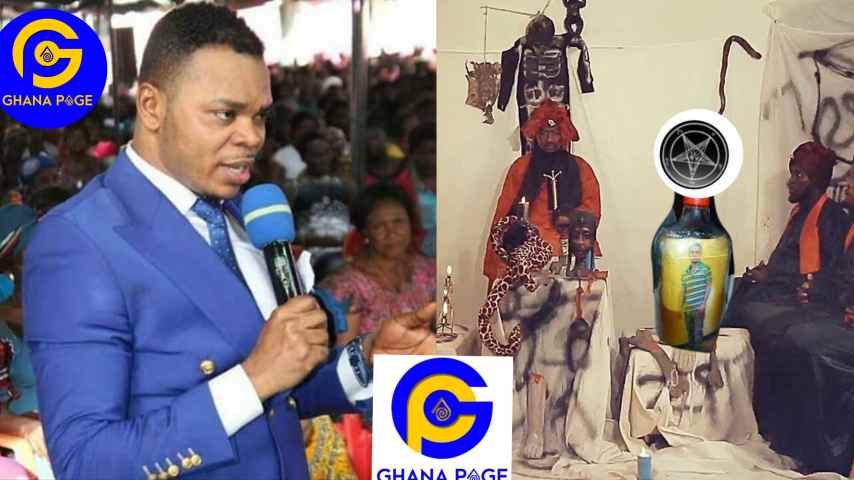 Bishop Daniel Obinim of International God’s Way Church has revealed his spirit was once invoked by a leading member of Freemason.

According to the controversial  man of God, the topmost Freemason man once invoked his spirit in a glass jar.

Speaking OB TV, he revealed that one of his Church members works for the owner of an airline company, Easy Jet.

The owner who according to Obimin is a leading member of the secret society, Freemason invited his Ghanaian staff to his room.

He took a glass jar, performed some rituals and boom! Obinim appeared in the glass.

The Freemason man stunned by Obinim appearing in the glass told the church member that Obinim is not a human being but a spirit.

SEE ALSO :Owusu Bempah allegedly picked up by National Security over his prophecies