A Plus ‘Jabs’ Afia Pokuaa Over “Senseless Comments” 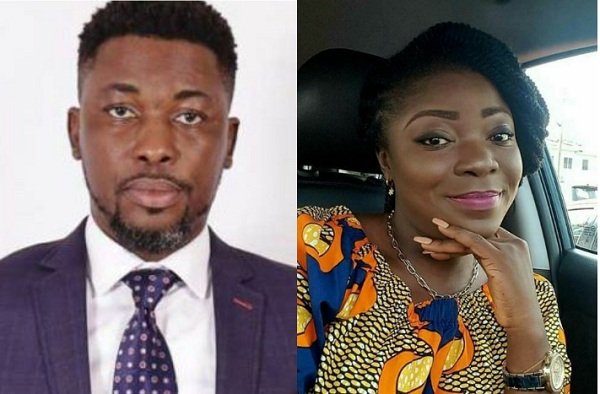 Musician Kwame Asare Obeng,  known in his profession as A Plus, has hit hard at Afia Pokua (Vim Lady) and all who claim that he should shut up about politics because he is a musician.

According to his post on Facebook, described the argument as a foolish one and said those who use it need a sense in their heads.

His comment followed the recent statement from a Multimedia journalist Afia Pokuaa after hearing her saying that she knows him as a musician and not a politician.

Below is what A-Plus wrote…

“The other day I was listening to my sister Afia Pokua aka Vim Lady on Adon FM and she said, “Kwame A Plus menim yi ndwom na wo to.” Meaning I should not comment on political issues because she knows me as a musician. That’s how backwards we are. First of all let me give you a list of politicians who were once actors, TV hosts and musicians.
(http://www.imdb.com/list/ls000025899/) Dream killers. George Weah is an ex footballer and today the president elect of Liberia. If Asamoah Gyan declares his intention to run for even assemblyman, the way people will insult him…. I’m very sure some will say “simple penalty you can’t score you want to be assemplyman.” What has scoring a penalty got to do with politics? So you are saying George Weah is a politician because he never wasted a panelty? But you see, the same people will hail some “incompetent,” or if you like, confidence trickster who takes advantage of the vulnerability of the people to lie his/her way to parliament. A parliamentarian who fter being paid with tax payers money, charge extra for sitting allowances, retires every 4 years, to be employed again the following day, only to approve an error budget!!!

“You can be whatever you wanna be.” I said I want to be the Pope. Instead of you too saying what you want to be you are busy trying to tell me I can’t. Borga, Fooling is embedded in your DNA!!! Receive sense in Jesus name!!!

“Dream, pray about it, work hard towards achieving it…. There is an opportunity for every willing heart….”