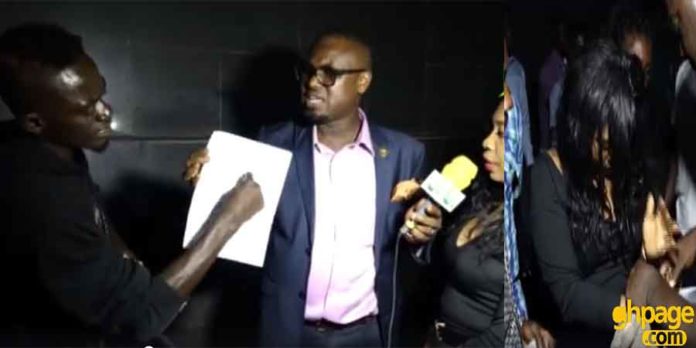 Kumawood actor, Kwadwo Nkansah popularly known as Lil Win has spoken for the first time after the news of the Kumawood actor arresting a young lady blogger named Ohemaa Candace who owns the portal Ghsplash.com went viral on social media after it was broadcasted on UTV and also published on their facebook handle.

The video which was captioned “Blogger in police grips for publishing fake news about Kojo Nkansah Lilwin” indicated she was arrested because she published a story Kojo Nkansah claimed to be fake—and with an assistance of the unscrupulous Abeiku had to use some policemen to coerce and humiliate the young lady who at the time, was only doing her job.

There was a report that Candy published a fake news item on her website claiming the actor had abandoned a pedestrian he knocked down with his customized car while heading towards Peace Fm in Accra.

Liwin claimed he didn’t travel to Accra with his car hence nothing of that could have happened adding that he did not drive any vehicle to the premises of Peace FM.

What are the facts?

Kwadwo Nkansah Lilwin before the publication was captured on camera explaining to the receptionists at the front desk of Peace Fm that—the day before that— he was parking his car when he heard a guy screaming for help claiming he has knocked him down.

Nkansah explaining himself was as a result of the fact that, the person who claimed to have been knocked down had come to report to the receptionist.

Which Lilwin continued to explain that, he didn’t knock him down with his car but because he is a star, that person is doing that to get some money from him.

Read also: Lilwin and Abeiku Santana had no right to arrest the blogger-Police PRO