“Evangelist Addai is a fraud” – Abeiku Santana reacts to Occult allegations against his boss, Dr. Osei Kwame Despite 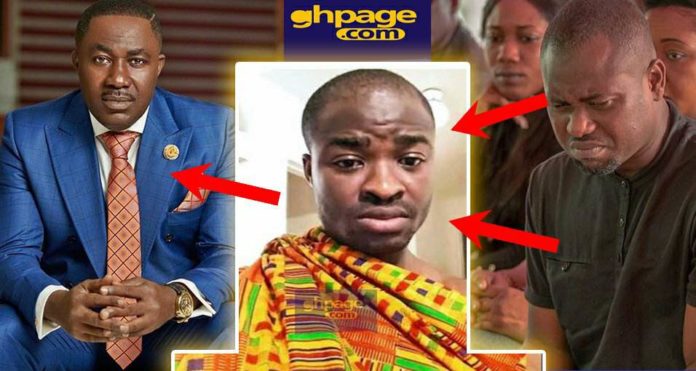 Ghpage.com reported about a video making rounds on social media of notorious Ghanaian USA based Evangelist, Addai Emmanuel alleging that Dr. Osei Kwame Despite will be using the blood donated by Ghanaians at recently held Despite Health Fair for his blood sacrifice.

On 30th June 2018 Despite Group owned by Dr. Osei Kwame Despite held a Health Fair where blood was donated by Ghanaians to be presented to hospitals in the country whiles free checkup was also held for Ghanaian to check their health.

But according to the Evangelist who has accused almost every successful man/woman of being occult, Dr. Osei Kwame Despite will be using the blood collected for his ritual sacrifice.

Reacting to this damning allegation, Abeiku Santana who works with Okay FM, one of the media outlet owned by Despite Group of companies, said Evangelist Addai is a fraud who is tarnishing the image of successful Ghanaians just to earn a living on Youtube.

“He is sick in the head. Don’t pay any attention to him”, he cautioned.

Explaining the background of the Ghanaian USA based self-acclaimed Evangelist, Abeiku Santana revealed that Evangelist Addai Emmanuel during his days at KNUST went mad after he joined an occult. His madness started when he tried to leave the occult against the rules.

SEE ALSO: Dr. Osei Kwame Despite speaks after the blood donation at El-Wak

“He belonged to a cult in school and when he tried to leave, they made him mad. Don’t take him seriously.”

He pleaded with Ghanaians to completely ignore him because he is just taking advantage of unsuspecting Ghanaian to enrich himself.

“All he does is post defaming videos on YouTube, taking advantage of uneducated Ghanaians. He is no man of God”, Abeiku Santana said