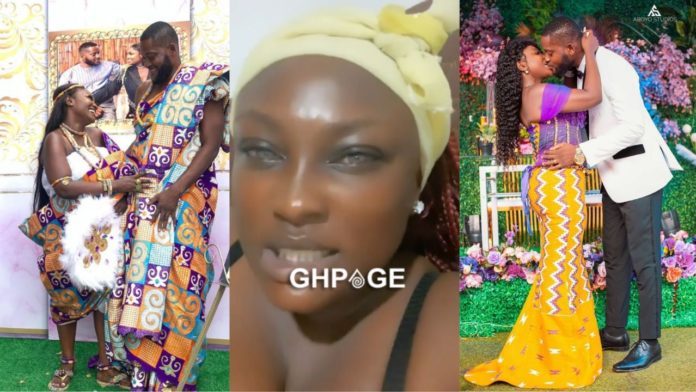 Ghanaian radio presenter and entertainment critic, Abena Moet is currently seeking a divorce from her husband just after a year of their marriage.

According to Abena Moet in a self-made video that has surfaced on the internet, her husband doesn’t respect her to bits and has refused to change even after several confrontations.

In the video, Abena Moet lamented that she was resting at home when her husband called to inform her to prepare herself for the night because they are going to have an aggressive bedroom encounter.

She detailed that her husband commanded her instead of requesting for the hot knacking in a romantic manner therefore she deems it as gross disrespect to her personality.

The Despite Media employee further advised other married women to walk out of their marriages if their husbands disrespect them.

It’s obvious that Abena Korkor was only joking because she later confirmed that she will give him the sex after he returns home.

Abena Moet’s joke is a very expensive one and I pray she doesn’t seek divorce in the near future because the devil works in mysterious ways just like God.