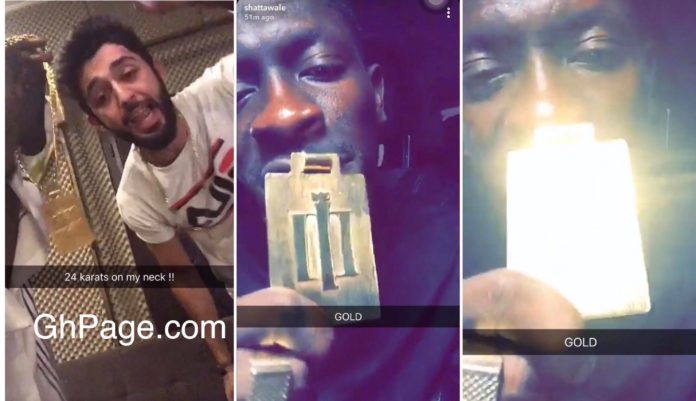 Shatta Wale who is currently in an unexpected beef with BET winner and rap King, Sarkodie has given him a very wild, simple and cool reply yet again unveiling a customized gold chain given to him by his white friend, Aboude.

The Dancehall artist has been trying to prove to Sarkodie and his fans that, he is not living a fake life thus revealing the gold chain with the “Reign” symbol embroidered on it.

Read also: Fred Amugi opens up on his ‘relationship’ with Rosemond Brown

It would be recalled that Sarkodie after dissing Shatta Wale in his “Advice” song went for an interview at 4styte TV in a brand new Range Rover Vogue; a claim he made in his diss track that Shatta Wale’s whole bank account cannot afford such a luxurious car.

As a quick reply to Sarkodie, Shatta Wale in a Snapchat story had his “Reign” album symbol made for him in gold revealing to Ghanaians that, he does not wear “Alumi” as Sarkodie claimed in his diss song to him.

However, Shatta Wale after receiving the 24karat chain from his white friends sent a message to Sarkodie and his fans that, his[Sarkodie] whole brand new Range Rover Vogue is now on his neck meaning his 24karat gold chain amounts to the money Sarkodie used to buy his new Range Rover Vogue.

See the photo and video below… 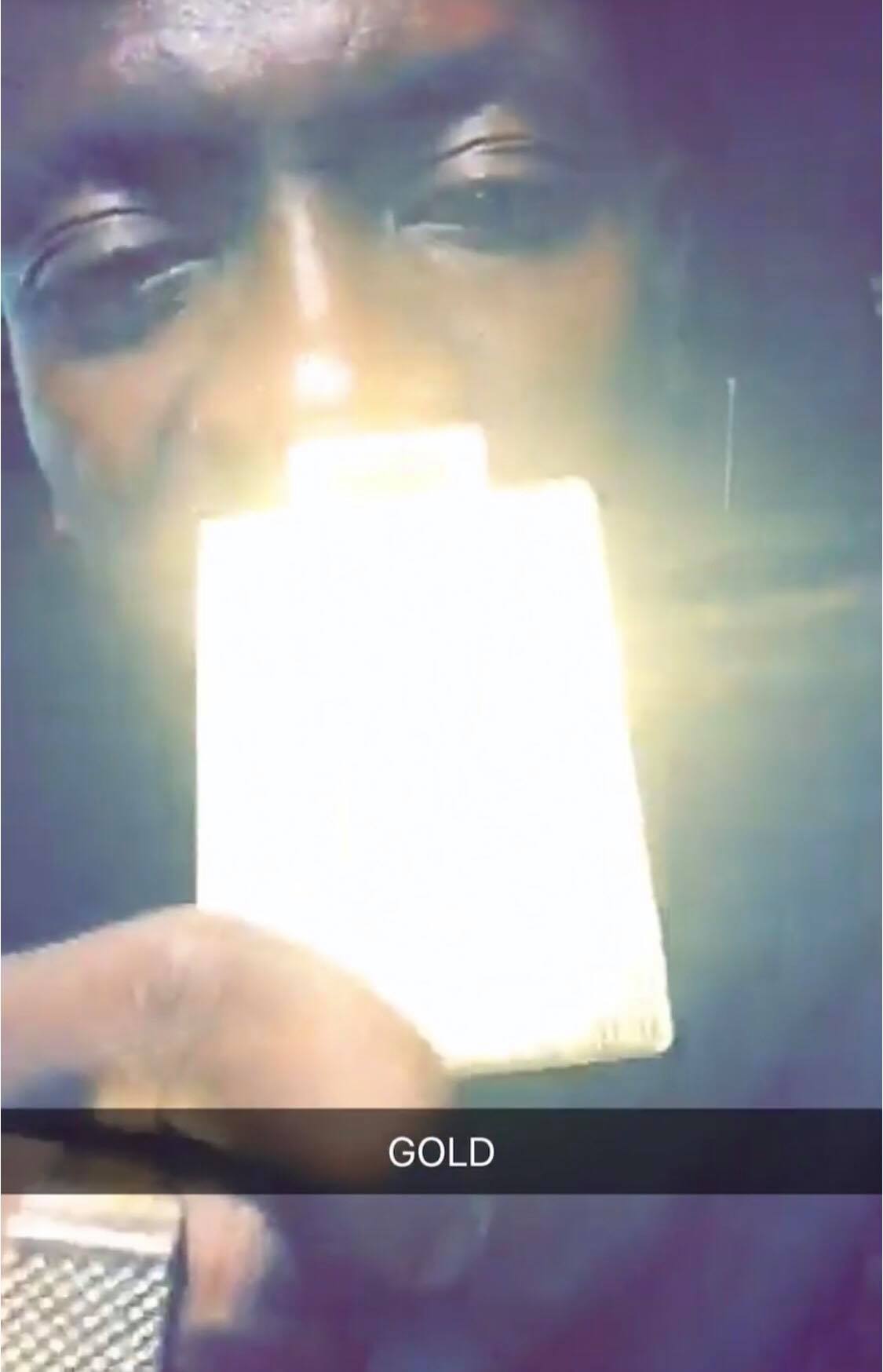 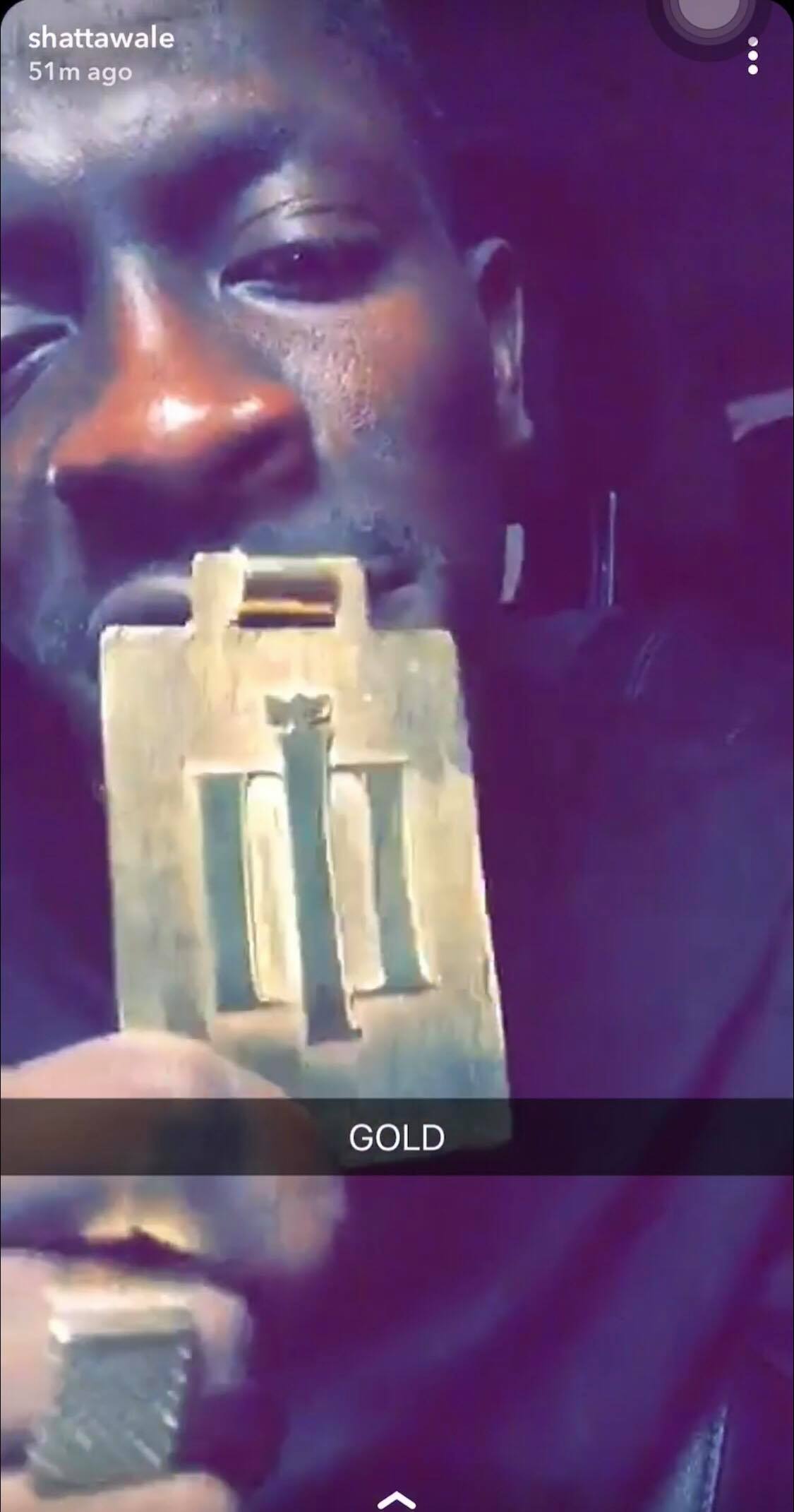 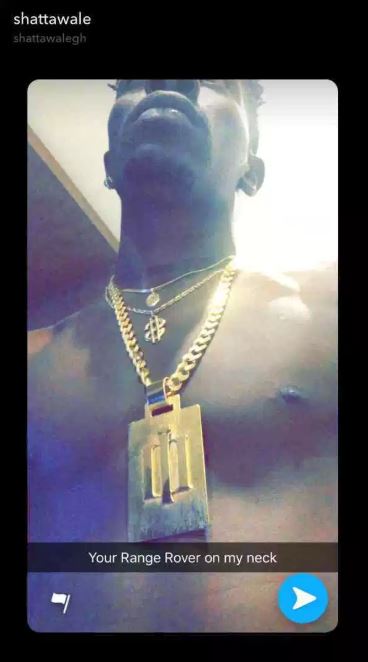