Abraham Atta has changed towards me: he treats me rudely – Striker 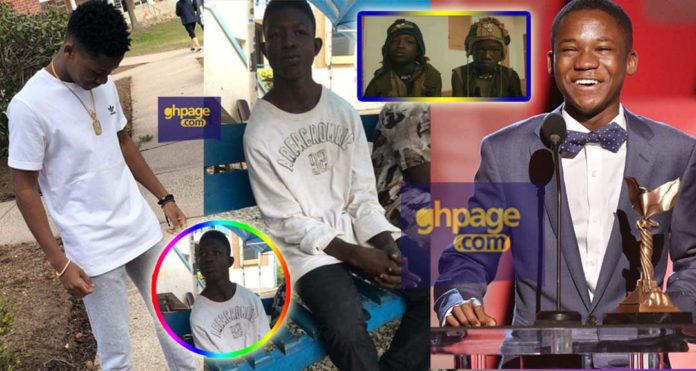 Emmanuel Nii Adom Quaye who played the role of Striker in the Hollywood movie, Beast of No Nations whom Ghpage.com gathers now beg on the streets for a living has in an interview revealed how his life has been after the award-winning Hollywood movie.

Among others, Striker has revealed his co-actor, Abraham Atta has changed towards him. He explained that they used to be very close after shooting Beast of No nations but after Abraham Atta migrated to the USA, he is now rude towards him and he shouts on him for no reason at all.

According to Striker, Abraham Atta hardly talks to him and he barely sees him. He revealed the last time he saw him was on TV three weeks ago and he has not spoken with for the past 3 months. He added that he has informed Abraham Atta’s manager about it but nothing has changed.

The talented actor, Striker now works with a man who sells yam at Agbogbloshie Market and he stays with his grandma at North Kaneshie. The news broke today that he was begging on the streets leading to Ghana Institute of Journalism in Accra, today 20th August 2018.

Abraham Atta, his colleague on the hand Now Schools in the United States. He is the Ambassador for Free SHS and has starred in some Hollywood movies including “Spiderman Homecoming”.

Striker in the interview revealed that he was paid $30,000 for his role in Beast of No Nations but he has not set his eyes on the money all these years.

SEE HERE: “I was paid $30K as my share of ‘Beast Of No Nations’ but am yet to see the money” – Hollywood actor, Striker who now begs on the streets for a living

The young man explained that one Kofi Rabbit took custody of the money with an agreement to hand over when he is 18 years but he has not done so despite him (Striker) being 18 years of age.

WATCH AND LISTEN TO STRIKER BELOW

SEE ALSO: MEET THE RICHEST CELEBRITY TEENAGERS IN GHANA – THIS IS HOW MUCH EACH OF THEM IS WORTH