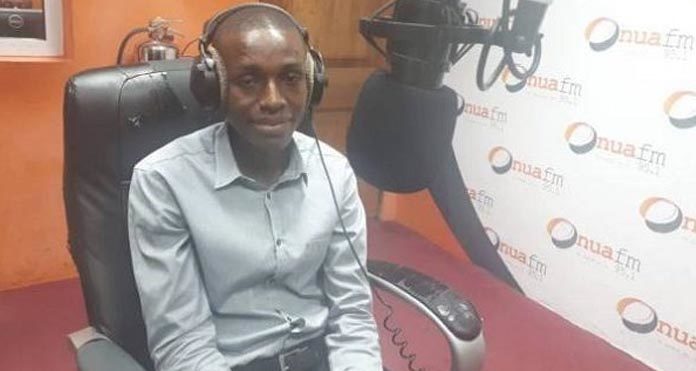 Evangelist, Yaw Siki has revealed has revealed in an interview that his gory accident in 2013 was God’s plan to fulfil His purpose in his life.

After surviving the accident in 2013 which nearly took his life, Isaac Okai formerly Yaw Siki gave his life to Christ and started preaching the gospel as an appreciation to God for saving his life.

The former rapper and “Wope Dodo” hitmaker in his assertion to Criss Waddle’s view that he(Yaw Siki) was forced to give his life to Christ because of the accident he had on the Tema motorway which was as a result of the numerous potholes and the bad state of the road.

“You know God used the accident to draw me closer to Him, for me to know Him and see His power, so for me, my accident was God’s plan to fulfil His purpose in my life,” he said in an interview with host Ayisha Bayipa on SVTV Chat, which airs on SVTV Africa

Asked whether he is still cool with his old friends, he replied “we don’t get time to sit and chat like we use to do but sometimes we chat on social media.” he added.

Read more: I Lost My Fans When I Became A Born-Again Christian – Yaw Siki

The incident which happened on April 15, 2013, led to the “Wope Dodo” singer’s admission to the hospital for several months which renewed his faith in God.

The Tema based artist whose song ‘Wope Dodo’ made him a household name in 2011, said he was healed by God after he prayed for forgiveness and healing. It was at that point that he decided to quit secular music and win souls for Christ.

Brother Yaw as he is now called is currently promoting his new single “Gyina” which features Kofi Karikari and produced by JMJ.

Read this: I sometimes get envious of the status of Sarkodie and other Tema rappers