The accident can not kill Fancy Gadam’s career – Sammy Flex 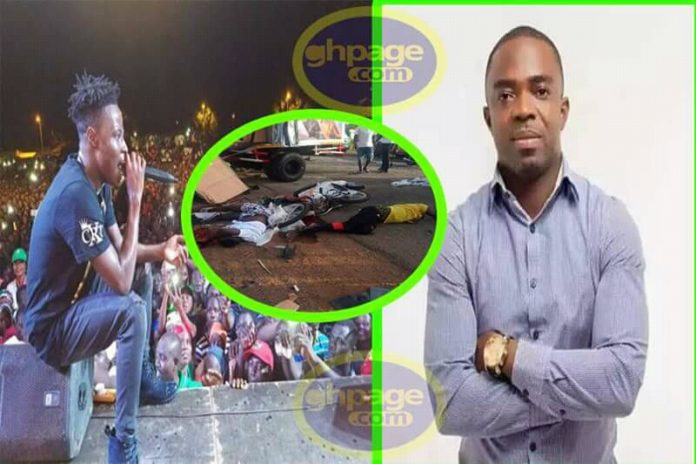 Sammy Flex Communications at Zylofon Media and host of Zylofon FM’s ‘Showbiz Agenda’ has added his voice to the heartbreaking accident involving some Zylofon media staffs and fans of Fancy Gadam.

Zylofon FM’s morning show host Sammy Flex has criticised the Mayor’s utterances as ‘unnecessary’ and uncalled for, indicating that the Mayor is clueless because his timing for his utterances was wrong.

Hours after this incident, the Tamale Metropolitan Chief Executive, Iddrisu Musah Superior in an interview with a local radio station disclosed that it was one of the ways by which the famous Tamale musician, Fancy Gadam, enriches his talent.

When quizzed by the host how the accident and the comments by the Mayor will affect Fancy Gadam’s music career, he said.

READ ALSO: ‘Angel’ Obinim Claims He Is No More An Angel But ‘Jesus Christ‘

Mayor Musah came under fire for attacking Fancy Gadam and calling him irresponsible, lawless and labeling his talent as a danger to Tamale.

“I’ve done a research about your question and our Muslim brothers are not like we Christians. Muslims regard death to be beneficial, and there is no way this is going to coil them down not to support Fancy Gadam. The guy can still fill a stadium. There is no way the accident can affect Fancy Gadam’s music career, No it can’t be possible”

Eight people confired died and Twenty sustained various degrees of injuries after ecstatic fans of the Tamale-based artist, Fancy Gadam, and Nigerian artist, Patoranking crushed into a truck on their way to the Tamale Airport.