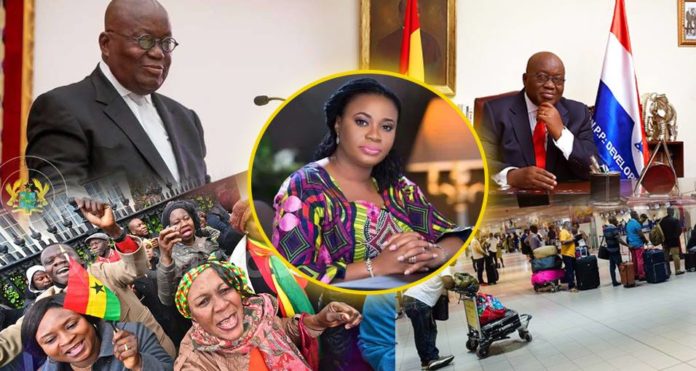 President Nana Addo Dankwa Akufo Addo has explained to a section of the Ghanaian community in Mauritania, where he is attending the AU Summit that he has no ill-feelings towards the dismissed commissioners – and only acted according to the law.

He also stated that the Electoral Commission chairperson Charlotte Osei and her two deputies were not dismissed out of hatred.

According to him, he was only following due process and constitutional requirement, having received a recommendation from a legally constituted committee, which investigated them and he had to act to sack them.

Nana Addo also indicated that issues that led to the sacking of the commissioners are “purely an internally generated matter” and not an external political influence.

“A petition was offered to me which I send to the chief justice to investigate allegations of corruption against Charlotte Osei and her deputies. The committee (which had two supreme and high court judges with two other neutral people), completed its findings last week and concluded that Charlotte Osei and her two deputies erred,” He said.

“…We all need to understand that Charlotte Osei and her deputies were not dismissed out of hatred or malice. Those who brought the petition were employees of the Electoral Commission, so I plead with Ghanaians to work together to find persons who will be transparent to work as electoral commissioners,” Akufo-Addo stressed.

Madam Charlotte Osei and her two Deputies, Mr. Amadu Sulley and Mrs. Georgina Opoku Amankwah were sacked over incompetence and misbehavior after a committee constituted by the Chief Justice found them culpable of allegations of procurement breaches among others.

However, the opposition National Democratic Congress (NDC) has served notice that it would embark on a nationwide demonstration against the decision arguing that it was “politically orchestrated.”