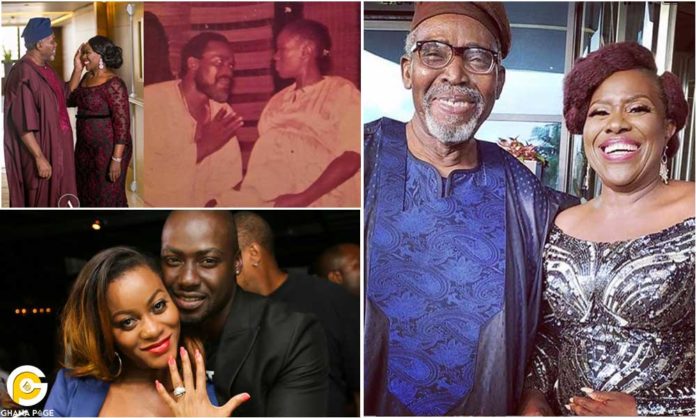 Did you know that some of your favourite celebrities who played couples on television ended up marrying in real life too?

As it happened in the Hollywood—with HBO’s Game of Thrones’ Jon Snow and Ygritte (played by Kit Harington and Rose Leslie) became an item on screen and ended up marrying.

In Africa, the likes of our own Chris Attoh and Damilola Adegbite, Banky W, Olu Jacobs ended up marrying those they played a couple on screen with.

However,GHPAGE.com lists actors who once played a role as a couple on TV and got together in real, with the focus being on most of the African celebrities.

1. Olu Jacobs and Joke Silva – “Curse From Beyond”

Nigerian veteran actor Olu Jacobs has been married to Nollywood actress Joke Silva since 1985. They are blessed with two children.

Olu Jacob met his wife in 1981, at the National Theatre, Lagos. They were both rehearsing for Jero’s Metamorphosis by Professor Wole Soyinka. From the day he set his eyes on her, he knew she was the woman he was going to marry. They have been married for 32 years now.

In 1999, the duo starred in “Curse from Beyond” as Mr and Mrs Raymond, a couple trying to solve their daughter’s spiritual problems. 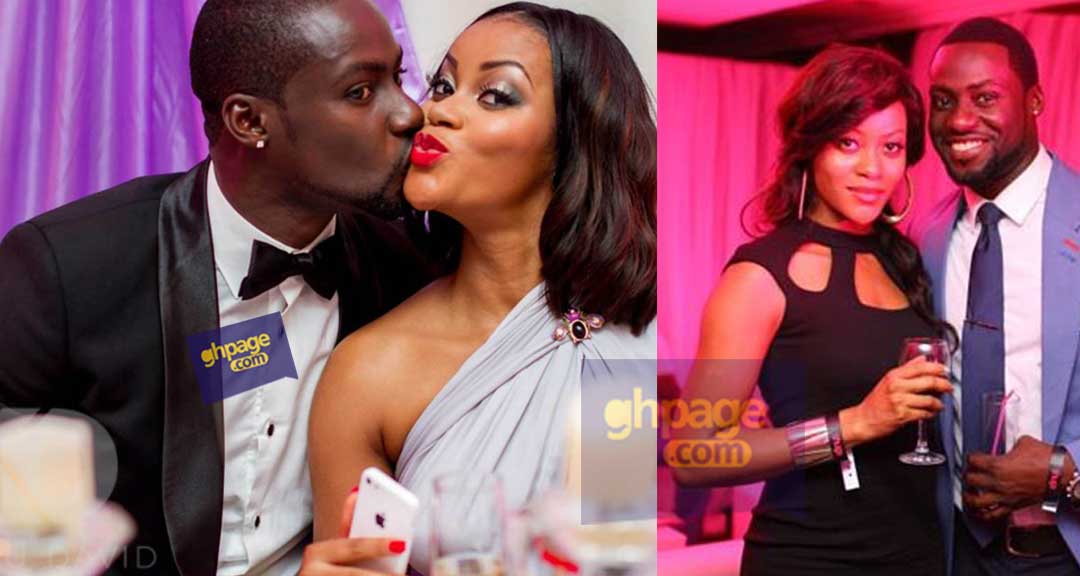 Their characters Kwame and Thelema, respectively, with a palpable chemistry, remains one of our favorite on-screen couples ever.

However, they started a relationship in 2016, after sharing natural chemistry as Dunni and Dozie, respectively, in the romantic comedy.

They officially got married in November 2017.

In the 90s, they co-starred in “Deadly Passion,” with Ngozi playing Zack’s on-screen side-chick.

However,the veteran Nigerian actor and his wife Ngozi have been together for two decades. They met in Enugu when Ngozi was still a student at the Institute of Management and Technology. 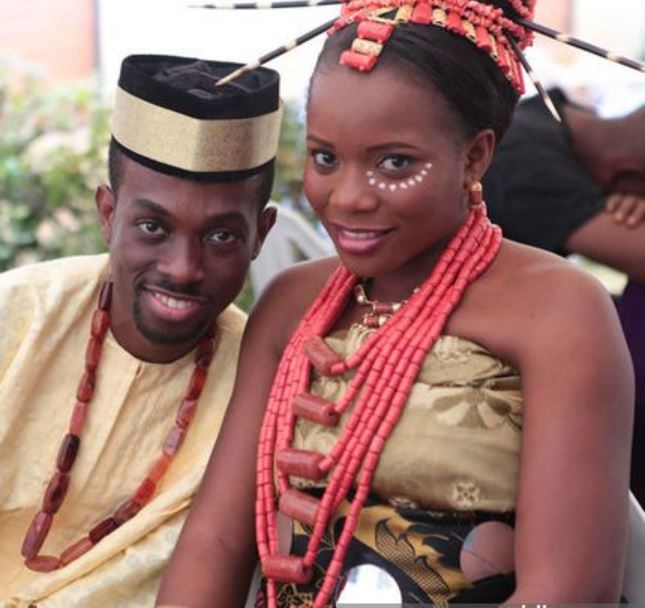 Iyke Okechukwu and Florence met on the set of the TV series ‘Tinsel’.They played the couple ‘Chucks’ and ‘Ene’ on the show.

READ ALSO: Meet all the 7 beautiful daughters of Kennedy Agyapong

They got married in April 2013. They have since continued as husband and wife even on set and in real life.