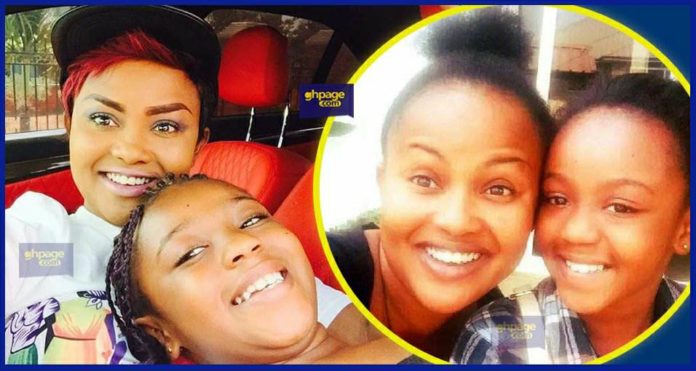 Nana Ama McBrown is an accomplished actress and scriptwriter who has enjoyed success in the movie industry since 2001.

Just as her personal life is often kept private, Nana Ama McBrown daughter has not appeared on her social media pages until recently.

So let’s put the question of does Nana Ama Mcbrown has a daughter to bed because it has taken many years for the fans to get a glimpse of her photos.

Nana Ama McBrown who has featured in many movies including Asoreba which helped propel her to stardom. Over the years her exquisite performances in various films have enabled her to get many nominations and awards in Kumawood Awards. This is despite many challenges and the fact that she dropped out of school while in class two of junior high.

However, the lack of a basic education certificate didn’t stop the beautiful actress from pursuing her dreams in life. She first embarked on professional football before finally becoming a successful actress.

Nana Ama McBrown disclosed that before venturing into the acting field, she played for Kokoto ladies for over five years. While she may have loved to continue playing professional football for either Kotoko or Brunna ladies who were formerly known as Ghapoha ladies, she had to quit because the money she received couldn’t make ends meet.

While Nana Ama Mcbrown success and career achievements have been well documented, she often keeps her personal life private.

When the princess was born, there were no any Nana Ama Mcbrown daughter pictures on the blogs or social media pages as it’s a common occurrence with other celebrities. Instead, she let her daughter grow free of any public scrutiny and it wasn’t until recently that she announced her sixth birthday via her Facebook account.

She might still be a young girl who only joined school recently, but she speaks good English that shows her eloquent communication skills and her mother’s education standards.

Also Read: Nana Ama McBrown Joins Campaign Against The Use Of Tramadol

The daughter is the spitting image of her mother, and her cuteness and beauty will melt your heart. Sure Nana Ama McBrown always looks fantastic, but as the photo proves her daughter also has her striking beauty.

The cute picture of Nana Ama McBrown and daughter that was posted on social media gives us a peek at how this famous Ghanaian actress is like when she is away from the public eye or spotlight.

Even though little is known about Nana Ama McBrown child and personal life, the striking similarity between the mother and daughter is proof that the apple doesn’t fall far from the tree. 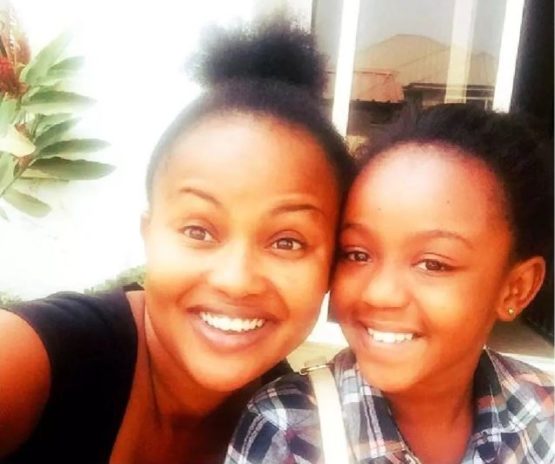