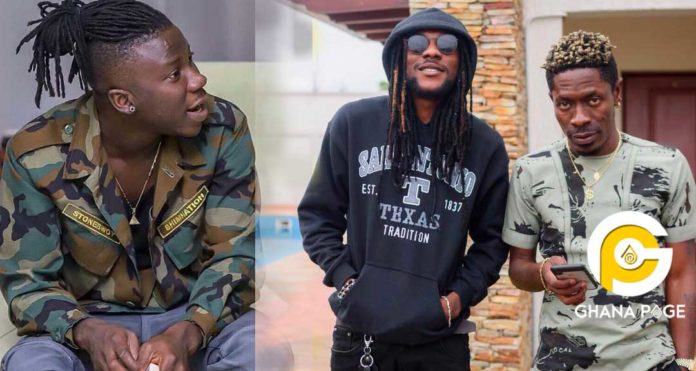 Stonebwoy has inked a new deal as the brand ambassador for Samsung Ghana and Bhim fans, as well as well-wishers of the Reggae Dancehall artist, have been jubilating and sharing in his joy.

It has become one of the biggest entertainment news on most major entertainment platforms in Ghana. He has equally received congratulatory messages from major stakeholders in the industry including Sarkodie.

One of Shatta Wale’s militants, Jafaro Mohammed known in showbiz as Addi Self has also reacted to Stonebwoy’s ambassadorial deal with Samsung mobile Ghana

Addi self reacting to a post about Stonebwoys new deal chuckle to send the clear message he does not give a damn about Stonebwoy’s new deal. Addi Self wrote on Facebook: “Mtcheew”.

But his action did not sit well with many others who also replied Addi Self and questioned him if he is jealous about the Bhim Nation Boss.

Check out the reaction below

Interestingly Addi Self’s boss, Shatta Wale is also the brand ambassador of Storm Energy Drink and they have been hyping the product with Shatta Wale. None of Bhim Nation fans have acted jealous about Shatta Wale’s deal.