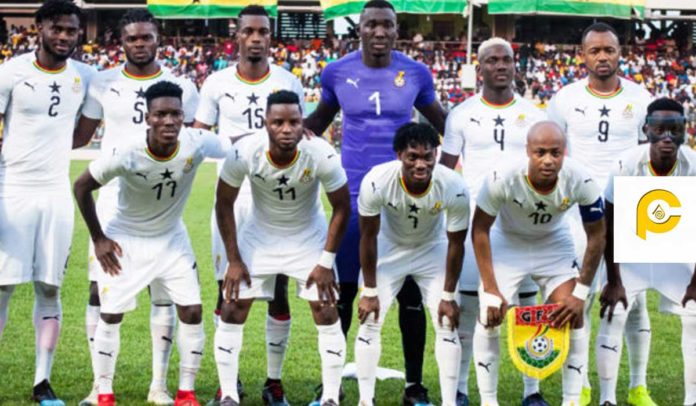 The National football team of Ghana, Black Stars who are currently in Egypt representing Ghana in the ongoing African Cup of Nations have been defeated by Tunisia in a penalty shoot out.

The Black Stars defeated the wild dogs of Guinea-Bissau to qualify for the 16th stage of the African cup of nation. They however faced the Tunisians and lost

In the 1st half, their goal was disallowed by the referee. Khenissi scored the first goal  after the second half. Bedoui also scored an own goal which resulted in a draw which led to a penalty shootout.

They then proceeded to play penalties.  This is how it went

Tunisia will proceed to a quarterfinal clash with tournament debutants, Madagascar, who defeated D.R Congo 4-2 on penalties on Saturday.

Black Stars have played well it’s very sad to see them go. Good bye boys! The dream to win the AFCON cup will have to be procrastinated to 2021.