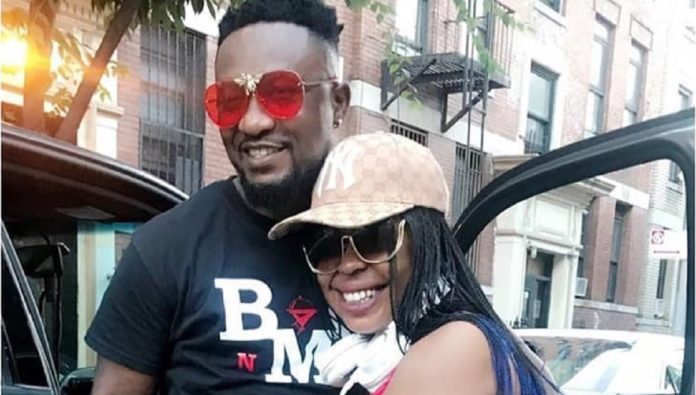 Archipalago wondered why Afia Schwarzenegger wasn’t arrested in the USA after stealing the gold chain if indeed she did that.

He added that the guy who allegedly owns the ‘stolen gold chain’, Johnny is a liar and also has a mental problem.

He added that anything Johnny says should be disregarded as he is retarded and needs to be examined mentally.

Archipalago also disclosed that Johnny once told him he will disgrace Afia Schwarzenegger but he (Archipalago) didn’t take him seriously.

According to Archipalago, Johnny doesn’t own any gold and he is not rich as he is perceived to be.

He also added that Nana Tornado is just jealous of Afia Schwarzenegger and as a good friend, he shouldn’t have acted that way.

Afia Schwarzenegger also added that Johnny is a taxi driver who owns nothing and also said a lot of things against musicians Kwaw Kese and D-Black.

She also debunked the lesbians’ rumors and added that she is surprised Nana Tornado could believe such lies about her despite the good friendship they had.

This comes after Nana Tornado who use to be a good friend of Afia Schwarzenegger accused the media personality of stealing a gold chain when she visited the USA.

Nana Tornado described Afia Schwarzenegger as a bad friend, hypocrite, a lesbian and a back biter.

He later warned Afia Schwarzenegger to stay away from him and that he is no longer interested in their friendship.