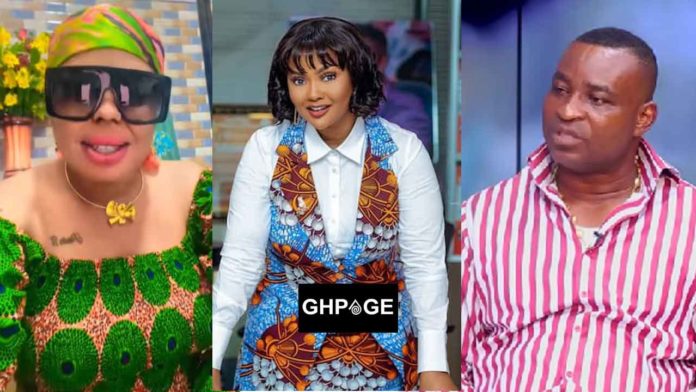 Afia Schwarzenegger appears unperturbed about the avalanche of attacks launched on her for putting peoples reputation on the line.

Her recent outburst on UTV’s United Showbiz against Chairman Wontumi has not only been met with great disdain but incited a legal action against the station.

But just when we thought Afia Schwarzenegger would have shown some remorse, she’s rather jubilating for causing clamour on the local digital space.

In a video sighted on her Instagram account by GHPage, the comedienne is seen touting herself as the undisputed newsmaker in the country.

She eulogised herself with kingly titles such as ”Afia one-man thousand, Afia Kotoko, Entertainment Tupac, among others.

Watch how Afia made mockery of her naysayers:

Meanwhile, the management of Despite Media Company – owners of UTV – have issued an ap to Chairman Wontumi.

In a statement, Managing Director Fadda Dickson said “it was not the intent of the station and its management to bring the hard-earned reputation of Mr. Bernard Antwi Bosiako aka Chairman Wontumi into any disrepute”.