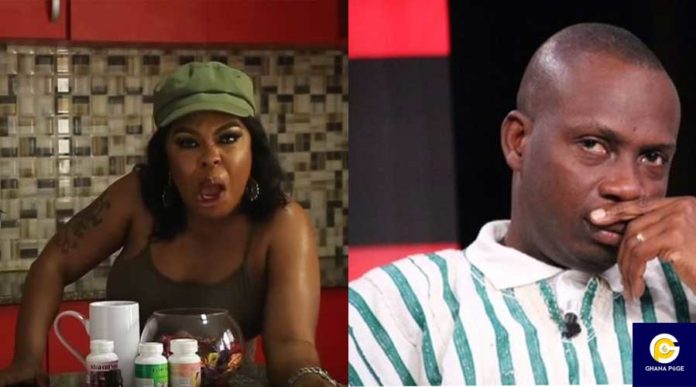 Controversial Ghanaian media personality Afia Schwarzenegger has mocked Counselor Lutterodt after it was alleged that his wife has packed out of his house.

According to Afia Schwar, the counselor has been silent and missing in action for some time now because his wife has abondoned him.

“Counselor Lutterodt has disappeared like the Mayor of Accra, he is nowhere to be found. His wife has abandoned him.

Counselor Lutterodt, where is your wife. A woman will never stay with a man who is jobless and foolish. His wife left him because he is a stupid man”, Afia Schwar disclosed.

ALSO READ: Counselor Lutterodt reacts to rumours of wife packing out of his house

It was reported earlier that Counselor Lutterodt’s wife has packed out of their matrimonial home but he debunked those rumours.

Counselor Lutterodt has been married to Abigail Naa Yemoley for over a decade now with whom he has two children.

However, according to the self-acclaimed queen of comedy, the marriage has failed due to the counselor’s foolishness and joblessness.