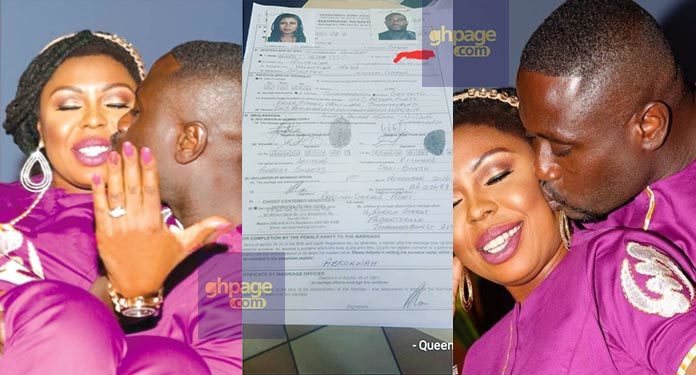 The legal brouhaha between Afia Schwarzenegger, and her ex-husband, Abrokwah has taken another twist as the prosecution has presented a new witness in the case which was originally closed by the court.

The Accra circuit court on September 19 set aside Monday, October 8 to pass its ruling on a submission of no case filed on behalf of Lawrence Abrokwah, the former husband of Valentina Nana Agyeiwa aka Afia Schwarzenegger, a television host, and a comedienne.

Read also: Stephanie Benson descends on Shatta Wale for bragging about his wealth

The court advised the Defence council led by Mr Anthony Naamo to file the submission of no case by Tuesday, October 2. This was after the court presided over by Mrs Abena Oppong Adjin-Doku closed the case of the prosecution.

Afia Schwarzenegger after describing Lawrence Abrokwah, her ex-husband as a ‘Borla goods’ (Rejected Goods), has let it all out in relation to her “not happily ever after love affair” between her and Lawrence Abrokwa in a lengthy essay she posted on her social media pages, has to face the court once again.

After Afia Schwarzenegger divorced the husband, nothing was heard from Abrokwah until news went viral that she is now dating some wanna actress called Kezia Duah.

According to reports, things took a different twist when the prosecution, led by Chief Inspector Maxwell Oppong, presented one Detective Sergeant Simon Amegatse to testify on behalf of the substantive investigator, Sergeant Owusu Boateng.

At the last sitting of the court, it informed the Prosecution that it would close the case if they failed to produce their last witness in the matter in court.

When sitting resumed on Monday, September 17, Prosecution and the complainant were not in court. Therefore the defence counsel prayed that the court to allow him to secure the necessary court proceedings in order to file a submission of no case.

Owusu Boateng who handled the case, the court heard, has been admitted at the hospital and is said to be in critical health condition and cannot even talk.

It was for this reason that another police officer was made to stand in for the substantive case investigator.

Read this: Ghanaians attack me because I’m blessed – Wendy Shay

According to Mr Naamo, in the submission of no case, he would state clearly the reasons why his client(Abrokwa) should not be called to answer the matter before the court.

Detective Sergeant Simon Amegatse’s testimony was close to nothing as he virtually just tendered in a medical report and investigation caution statements and other statements taken from Lawrence Abrokwa.

Abrokwah has been hauled on charges of stealing, carrying an offensive weapon and causing damage by the controversial television personality.

He has so far pleaded not guilty to all the charges levelled against him and admitted to bail in the sum of ¢20,000.00 with two sureties.

Prosecuting Chief Inspector Maxwell Oppong narrated that Abrokwah was living with Afia Schwarzenegger in her Dome Pillar two house in Accra but decided to pack-out following recurrent disagreements between the two.

He even told the court that he knew Afia Schwarzenegger’s ex-husband to be the complainant as he had lodged a complaint at the police station, stating that he was having some issues with her.

He stated that he is now getting to know that Lawrence Abrokwa, who had initially lodged a complaint against her wife at the time, is now the accused person in the matter.

The lawyer then read the medical report to confirm that what it contained was Afia’s account to the doctor that her braided was pulled by Lawrence Abrokwa and some of the braids pulled out.