Afia Schwar is depressed after Abrokwah dumped her – Lutterodt 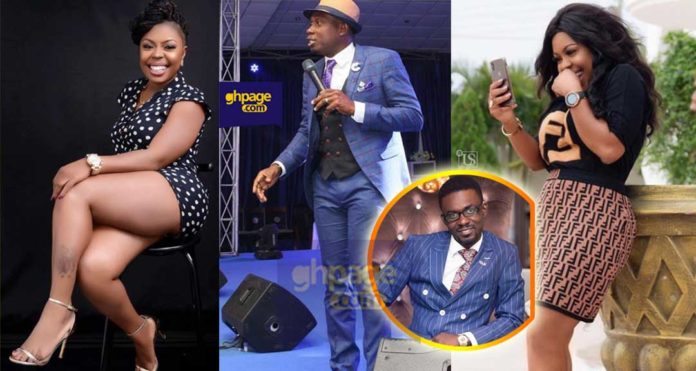 The controversial celebrity critic, Counselor George Lutterodt has described Afia Schwarzenegger as someone who is still suffering from depression after being dumped by her ex-husband, Lawrence Abrokwah.

According to the Counselor, it’s because of the depression that Afia Schwarzenegger attacks people needlessly on social media with the slightest provocation and it’s even worse when the person mentions Abrokwah’s name.

Counselor Lutterodt further begged Afia Schwarzenegger to come and see him for her to be freed of the depression that is gradually killing her.

Afia Schwarzenegger broke up with the husband, Lawrence Abrokwah after he caught her on their matrimonial bed being bonked by another man.

Abrokwah recorded video’s and photos which found its way unto social media. For the later of 2017, Afia Schwarzenegger was trolled on social media mercilessly

SEE ALSO: Afia Schwarzenegger reveals the identity of the man with the blanket who she was caught with

For some days now, Afia Schwarzenegger has been attacking the CEO of Menzgold, Nana Appiah Mensah after Menzgold was ordered by the Securities and Exchange Commission to shut down for violating its operational permit.

According to Afia Schwarzenegger, her mother has invested a whopping amount of GH¢4.3 Million with Menzgold and they want their money back.