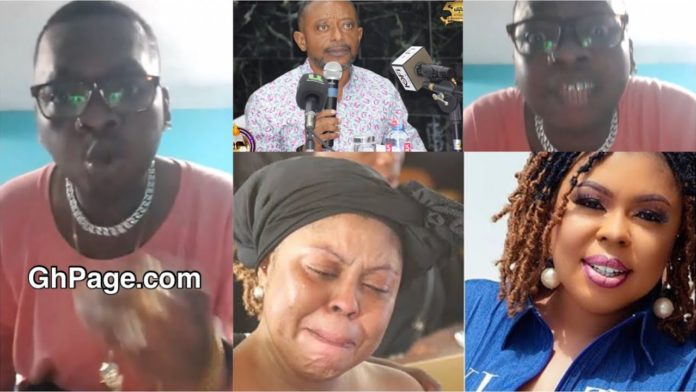 It seems the beef between controversial media personality Afia Schwarzenegger and her former friend Nana Tornado is not ending anytime soon.

In a video sighted by GhPage.com, Nana Tornado described Afia Schwarzenegger as a prostitute, liar, and an opportunist.

He also disclosed that Afia Schwarzenegger pimps girls for one NPP official located at Spintex where they engage in lesbianism.

Nana Tornado also alleged that the founder and leader Glorious Word Power Ministry International, Rev Owusu Bempah gave out 2000 cedis to Afia Schwar recently after she claimed she was ill.

He also revealed that when Afia Schwarzenegger first returned from South Africa, she was a drug addict and it was Deloris that took care of her.

This comes after Afia Schwarzenegger granted an interview where he described Nana Tornado as ‘borla’.

This infuriated Nana Tornado who then decided to expose deep secrets about his former best friend.