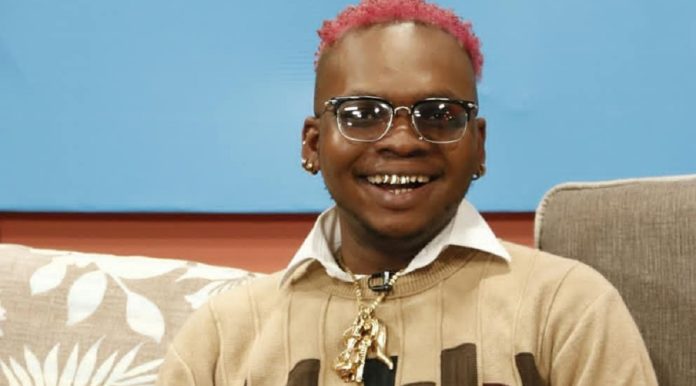 Nana Tornado who used to be the former best friend of controversial media personality, Afia Schwarzenegger has leveled serious allegations against her.

According to Nana Tornado, the self acclaimed-queen of comedy has been begging for money from pastors to cater for her children.

He also disclosed that Afia Schwarzenegger told him that the founder and leader of Ebenezer Miracle Worship Centre, Prophet Ebenezer Adarkwa Yiadom popularly Known as Prophet One wanted to sleep with her before helping her financially.

He also alleged that another man of God known as Prophet Nana Agyemang also wanted to have an affair with Afia Schwarzenegger before rendering any assistance to her.

Nana Tornado described Afia Schwarzenegger as a prostitute who sleeps around with several men.

He further warned Afia Schwarzenegger to be mindful of her words to him else he would expose all her secrets.

Nana Tornado and Afia Schwarzenegger’s new beef started after Tornado accused her of stealing a gold chain belonging to a guy called Johnny when she visited the USA.

Tornado rained insults on Afia Schwar and accused her of being a bad friend, lesbian, back biter and warned her to stay away from him.

In reacting to these claims, Afia Schwarzenegger denied all the allegations and added that Johnny is just a taxi driver who cannot afford a gold chain.

She added that she has financially assisted Nana Tornado and his family several times and will no longer do that.