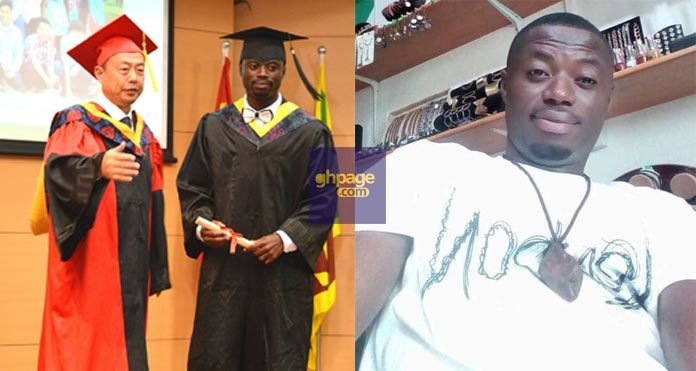 The aeronautic engineer, Prince Kwabena Kumi, was on his way to surprise his mother during the Easter holidays when the police in Akroso seized his vehicle. They alleged he was driving under the influence of alcohol.

The body was discovered after a search was mounted by his family who had gone days without hearing from him.

Sister of the deceased, Abena Osei Debrah, told Joy News her brother was prevented three times from boarding a commercial vehicle to his destination by the police. His body was later found in a ditch.

According to the family, there were marks of assault on the body at the time of discovery. The body was conveyed to the Morgue by the Police pending further investigations.

READ ALSO: Bill Asamoah’s wife is fine with my ‘relationship’ with him – Maame Serwaa

The family said they later found his car parked at the Police station looking washed up. They believe the deceased was brutalized to death by the Police, an accusation the police deny.

Investigations are still ongoing to unravel how a 34-year-old man was mysteriously killed on Good Friday at Akroso in the Eastern Region.

The late Prince Kwabena Kumi was a graduate of the Shenyany Aerospace University in China.

READ THIS: 10 Photos To Prove Ebony Reigns Was About To Rule The Music World

We express our profound condolence to the bereaved family and the 2002 year group. We are in touch with the family and Will support any due process to seek Justice for our departed colleague.

Let us all remain calm as investigations are ongoing as directed by the IGP. May the soul of Yaanom Prince Kumi Rest in Perfect Peace.