10 Celebrities You Never Knew Are Lawyers 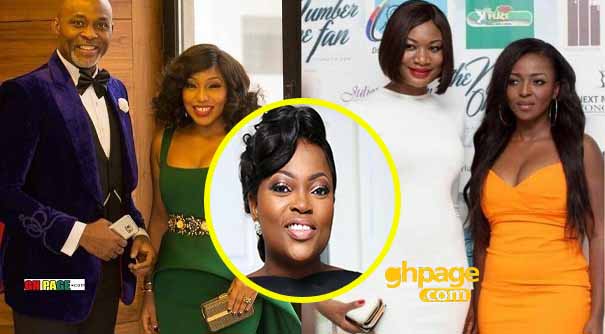 Education is the key to success in life, and teachers make a lasting impact in the lives of their students.

Education helps us build opinions and have points of view on things in life. People debate over the subject of whether education is the only thing that gives knowledge. Some say education is the process of gaining information about the surrounding world while knowledge is something very different.

They are right.Education plays an integral part of the human life and its importance cannot be overemphasised.

That is why Ghpage.com always take it upon itself to bring to you, your favourite celebrities who are well educated for you to know that, even if you quest to be a star, those you aspire to be are still getting themselves informed.

However, Here is the list of popular celebrities you didn’t know studied law or are studying law.

Ms Ankobiah, boldly emerged on the Fashion scene first, in 2000 at the age of 18, when she featured in a countrywide campaign for GTP.

Over time, Sandra has modelled for some of Africa’s greatest exports – Kofi Ansah, Duaba Serwa, Mina Evans, Mai Atafo, Wana Sambo, Vonne Couture, Pistis and Ophelia Crossland. She contested in the Miss Ghana Pageant in 2002, and emerged the first runner up, narrowly missing the crown by two points!

READ ALSO:Sandra Ankobiah reveals what Paedae made her do whenever they Had S.ex (Shocking))

Sandra chose to study International And Commercial Law, with a specialisation in World Trade, from the University Of Buckingham (LLB, LLM) between 2005 and 2009 and then progressed to finish this off at the Ghana School Of Law from 2010 till 2012, qualifying with a Law Certificate and officially becoming a Barrister at Law in February of 2013.