Go ahead and kill yourself – Princess Shyngle tells ex-boyfriend 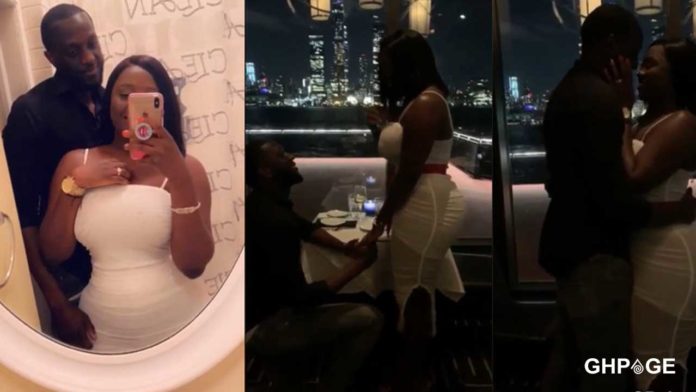 Ghanaian based the Gambian actress Princess Shyngle has finally responded to the threat from her ex-boyfriend whom she broke up with some weeks ago.

A few days ago, a video surfaced on social of the immediate ex-boyfriend of Ghana-based Gambian Slay Queen, known as Frederick Badji, who wept over his breakup with the pretty lady.

According to Frederick Badji, who is a Senegalese young man, he will commit suicide if Princess Shyngle does not come back to him as soon as possible.

As you would have it, the Princess Shyngle herself shared a video of Frederic begging and crying for a second chance claiming that he never cheated on her.

The actress captioned the video saying that she is making it public because she wants to end the whole brouhaha publicly just the same way it all started.

Princess Shyngle further revealed that Frederick has been sending videos, threatening to kill himself if she doesn’t allow them to come back.

Princess Shyngle in reply to his threats said she doesn’t care about his suicide intention and she will not even return the ring Frederic proposed to her with.