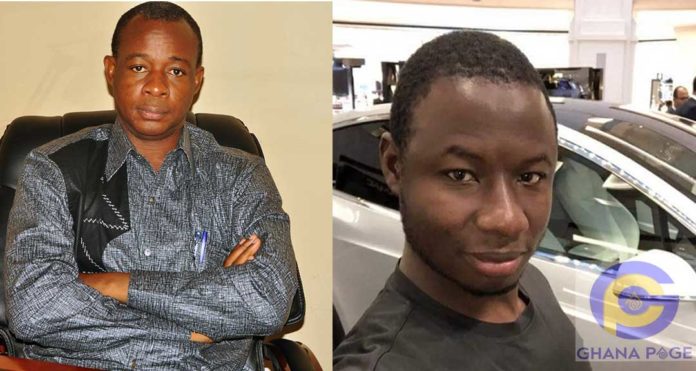 The Chief Executive Officer (CEO) and a Security Expert at Security Warehouse Limited, Adam Bonaa is of the view that the murder of an undercover Journalist, Ahmed Hussein-Suale was carried out by well -trained assassins.

He disclosed in an interview that the act was perpetrated by someone who has been trained in either the military or security services.

“This particular killing, I will be surprised if the persons when arrested have not gone through military or security training at all.

He is someone I suspect might have some form of training in security…arms training, positions and probably might be a masked man or sniper specially trained to kill.

If you examine how the person fired the weapon if you are being taught to be a masked man or sniper…. Every sniper is thought to shoot into the chest”, he disclosed.

According to Mr Adam Bonaa, the murderer pulled the trigger with accuracy and ensured his victim died even before support came to buttress his point that the murder was perpetrated by someone in the security service.

“They don’t shoot into the stomach. These are things I don’t have to be saying but for explanation purposes but I need to be careful.

The person who did the shooting did it with accuracy and that military precision so that by the time paramedics arrived at the scene he would have achieved his aim”, he added.

He was murdered in cold blood on at Madina, a suburb in Accra while driving home by unidentified men on a motorbike.

According to reports, Ahmed was the brain behind the Number 12 expose which captured the former President of the Ghana Football Association (GFA), Kwasi Nyantakyi taking a bribe.