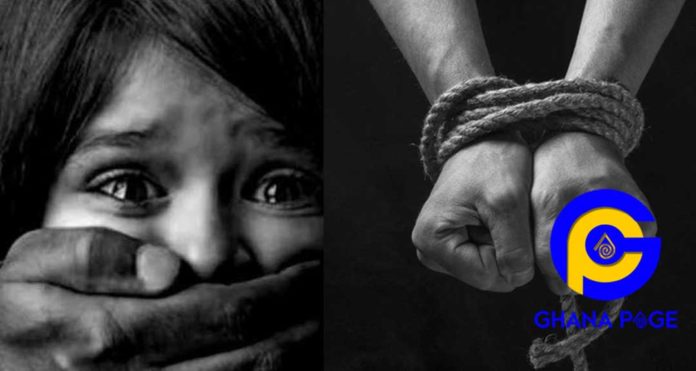 Police in Akim Oda have arrested two persons in connection with attempted kidnapping and the sale of a teenager.

The suspects are Kwaku Asare, aged 24, and his friend, Kwame Asante, aged 28.

According to a report by Citi News, the incident was brought to the attention of the police by the Unit Committee Chairman for the Akyem Etwereso Electoral Area, Kofi Appiah.

He is reported to have told the police of a plan by the suspects to sell suspect Kwaku Asare’s nephew, 16-year-old Festus Amoako, who resides in Ashaiman.

The Assemblyman is said to have posed as an agent interested in buying the victim for GH¢800,000.

Suspect Kwaku Asare was able to lure the victim to Oda under the pretext of securing him a lucrative job. While the suspects were at the Oda bus terminal waiting for the victim to arrive, police arrested and detained them.

The Eastern Regional Police PRO, DSP Ebenezer Tetteh, told Citi News that the two suspects confessed to the crime during interrogation and will be arraigned when investigations are concluded.

He narrated that: “On 7th December, at about 3:30 pm, one Kofi Appiah, a unit committee chairman reported to the police about a plan by suspects Kwaku Asare, aged 24, and his friend Kwame Asante, 28, to sell Kwaku Asare’s nephew, Festus Amoako, 16 years.

“According to him, the two approached him through one person that they wanted to sell Festus Amoako. He feigned interest and in the process, they bargained for an amount of GH¢800,000.

“While the suspects were at the Oda lorry park waiting for the victim to arrive, the police swoop in on them and arrested them. They are currently in police custody assisting in investigations.

“When that investigation is concluded, the two suspects are going to be arraigned.”