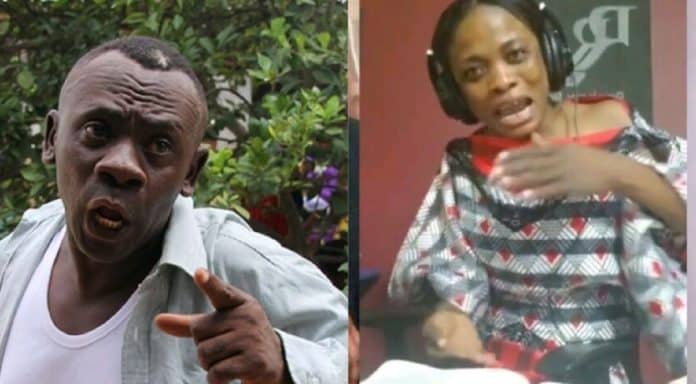 In the video, the gospel diva who is in her early 50s was clad in a red well tailored Cinderella like gown, accompanied with her heavy makeups which made it difficult for her fans to recognize her.

Many social media users who are Christians severely bashed Diana Asamoah for trying to appear like a “slay queen” which they deemed as inappropriate.

Whiles reacting to video on UTV’s ‘Real News,’ Akrobeto unapologetically stated that the gospel singer needs to accept that she is old and that she should stop disguising her wrinkles behind beautiful makeups.

He went on to add that, slaying is for young girls and not matured women like Diana Asamoah.