Akua GMB speaks on her alleged romantic relationship with NAPO 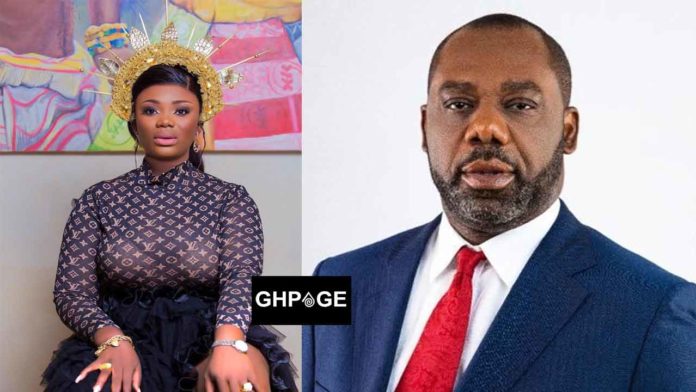 Ghanaian media personality of Ghana’s Most Beautiful fame Sally Akua Amoakowaa Mensah has reacted to rumours about an alleged romantic relationship between her and the Minister of Energy, Hon. Matthew Opoku Prempeh.

In an Instagram post, the former beauty queen debunked the rumours and explained that she has no amorous relationship with the Honourable Minister.

According to her, she is disgusted by the news as the minister, who is popularly known as NAPO is like a father to her.

Akua GMB, as she is affectionately called indicated that she has known NAPO for a very long time and also played an enormous role in her winning the coveted Ghana’s Most Beautiful crown.

She urged Ghanaians to disregard the rumours and that she will not sit unconcerned for her reputation to be damaged.

The former beauty queen further stated that her team is currently working on taking legal actions against the ghost Snapchat user.

This comes after a ghost Snapchat user claimed that the former beauty queen and the Energy Minister are in an amorous relationship.

According to the Snapchat user, the two personalities are having a serious affair after her divorce from Dr. Kwaku Oteng.

The ghost page then advised Akua GMB to not rush into any new relationship now as she would be broken-hearted.