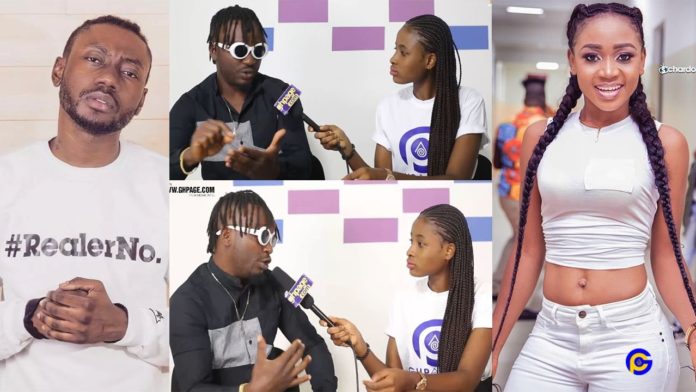 In an interview with GhPage TV, the artiste identified as Flatelo threatened to beat Pappy Kojo if they ever meet.

According to Flatelo, the hiphop star used to be his very good friend who he started a music group with in Italy.

The upcoming musician explained that he granted an interview where he praised Pappy Kojo.

Pappy Kojo took excerpt of the video and shared it on Instagram with Flatelo which infuriated him.

Flatello added that this act by Pappy Kojo got him really furious and will beat him anywhere he meets him.

Flatelo is an upcoming artiste who recently had a argument with Akuapem Poloo after the latter attacked him claiming he slept with her.

Efia Odo and Shatta Wale were best of friends(besties) who were rumored to have had flirty meetings many times.
Read more
News