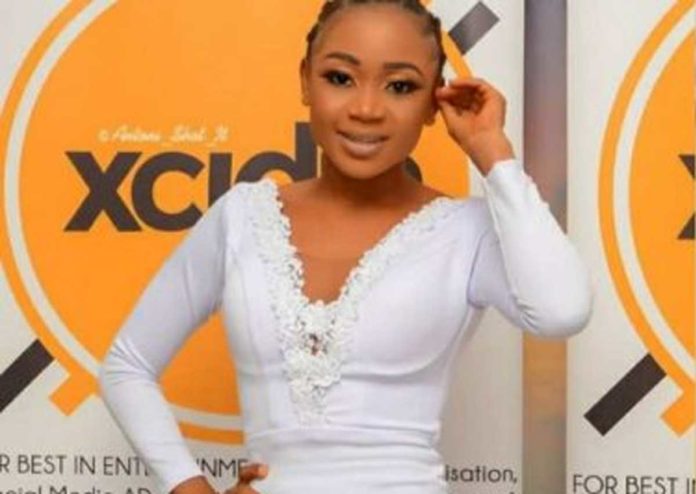 Video vixen and actress Rosemond Brown popularly known as Akuapem Poloo has opened up as to why she is always silent over Afia Schwarzenegger’s attacks and insults to her.

According to Akuapem Poloo, she has great respect for the controversial media personality and that Afia Schwar only attacks her over her indecent behaviour on social media which she is aware of.

ALSO READ: Counselor Lutterodt does not think before he speaks -Akuapem Poloo

She explained that whatever she does on social media is not right and Afia Schwar criticizes her to do the right thing.

Akuapem Poloo added that Afia Schwarzenegger is like a mother to her and always advises her to do the right thing.

“Most of the things Afia Schwarzenegger does is understandable and people like that I don’t talk about them. They talk about the truth and the fact. If I do something wrong and Afia Schwarzenegger talks about it, she is right because she doesn’t insult me but advises me. I respect her a lot and can discipline me when I go wrong but will never insult me and my family. She is like a mother to me”, Akuapem Poloo disclosed.

ALSO READ: Nadia Buari finally speaks on why she got married and had 4 kids secretly

Akuapem Poloo made this comment in an exclusive interview with GhPage TV, when asked why she never attacks Afia Schwarzenegger anytime she insults her on social media.

It is a known fact that Akuapem Poloo is never silent over issues that go on in the country especially if it’s about her.

She has on several occasions attacked Counselor Lutterodt, Sumsum Ahuofe, Archipalago and several others who criticize her about her mode of dressing and behaviour.

However, she has decided to keep mute over Afia Schwarzenegger’s attacks and insults which is surprising.