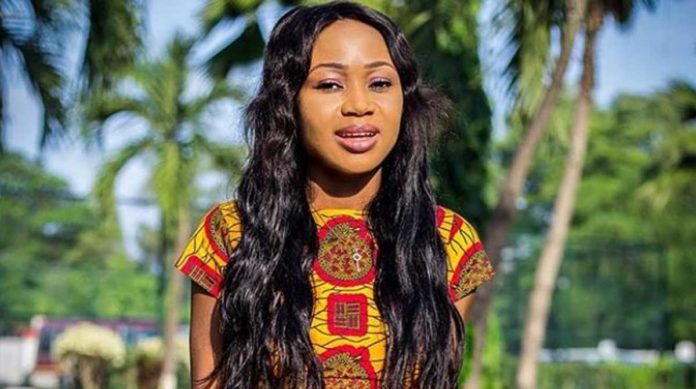 According to the video vixen, Counselor Lutterodt should mind his business and keep his negative words away from Eugene and Victoria’s marriage.

“I have seen a video of Counselor Lutterodt saying Eugene like big buttocks. Who told you men who follow big buttocks wants to keep them? They just want to flaunt them and f**k them.

How many celebrities have you seen getting married to such women? None, it’s not common. Ladies who undergo surgery to make their backside big because of men, they will just enter you and leave you.

They want simple, easy going ladies because they know the fake buttocks will spoil. Counselor Lutterodt, think about your self because you are married. What is wrong with you? Leave Nkonkonsa and Victoria Lebene alone”, Akuapem Poloo fumed.

This comes after the controversial marriage and relationship Counsellor stated that Eugene and Victoria’s marriage will not last.

According to him, Victoria is not the kind of woman Eugene wants and that can lead to the end of the marriage.

He added that Eugene Nkansah is quite obsessed with women that have huge backside but Victoria is the opposite.

The ceremony was attended by lots of celebrities, from actors, bloggers, actresses, media personalities, musicians and several others.