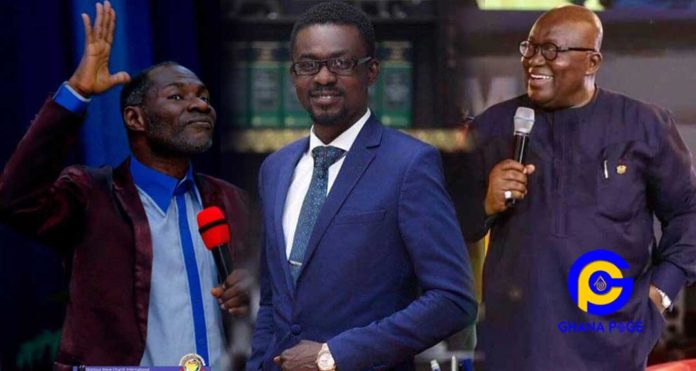 The founder and leader of Glorious Wave International Church, Prophet Emmanuel Badu Kobi has stated in a new interview that had it not been the unnecessary interference by the Securities and Exchange Commission in the affairs of Nana Appiah Mensah at the behest of the president of Ghana, Nana Addo Dankwah Akufo-Addo, Menzgold will be active and working by now.

According to Badu Kobi, Menzgold had been working for the past 4 to 5 years and was paying their customers so even if he was violating any law, the authorities could have sat down with the management and make laws to control Menzgold and not collapse it.

Badu Kobi explained that, if not for anything at all, it was a Ghanaian owned company so it was needless for the Akufo-Addo’s government to intentionally interfere in their affairs just to collapse it.

The controversial man of God also wondered why the NPP government will honor Nana Appiah Mensah with a business achievement honor just the year after they assumed office only to collapse his business for violating permits some months later.

SEE ALSO: A video of pastor rubbing a woman’s cl1t as her husband makes love to her in church goes viral [Watch]

Suprised Badu Kobi asked if the government did not investigate NAM1 before even inviting him to the presidency months before they collapsed his business.

Watch The Full Video Below (Scroll to 12:30 Minute for where he made these statements)

On the same interview, Badu Kobi revealed Nana Addo was never meant to be the president of Ghana.

Because he lost the election in the realm of the spirits so he does not know what Nana Addo did to win the election because it was not from God.