Akufo Addo is struggling because he’s an Akyem -Badu Kobi 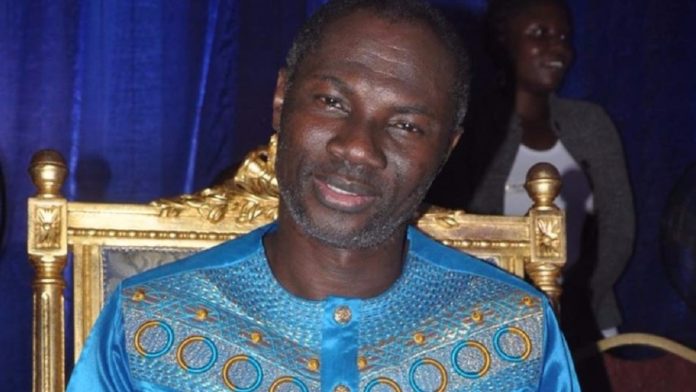 The founder and leader of Glorious Wave Church International known as Prophet Emmanuel Badu Kobi has made another statement about the President of Ghana, Nana Akufo Addo.

According to the man of God, Akufo Addo whom he described as ‘The Akyem’ is struggling to Ghana because he doesn’t understand spiritual things.

Prophet Badu Kobi further stated that the president will continue to suffer in managing the country because a country is not managed by books but by revelation.

“Look at how the Akyem is struggling to manage Ghana because they don’t understand spiritual things. I said this publicly, he will suffer more than this. We don’t manage by books, we manage by revelation.

These things, maybe only a man like Badu Kobi can say it. I was sent to say it and I will say it for my master and when I finish it, I die in dignity. This is my answer to my ignorant critics;

‘When you don’t understand tribal bloodline issues and is said by a spiritual man, don’t argue or talk. Whether you are a President, Pastor, Bishop, Minister of State, common radio presenter or an ordinary citizen because it takes only a spiritual man to voice out what natural men can’t say”, Badu Kobi stated.

Prophet Badu Kobi recently made an ethnocentric comment against women which caused a stir on social media.

He explained that Ashanti women are greedy, opportunists and disrespectful to their husbands, Fante women are fools and Ewe women are doormats.

His distasteful and disrespectful comments against women received massive backlash where several celebrities and prominent people rained insults on him.

The man of God further reacted to the criticisms describing his critics as naive and ignorant.